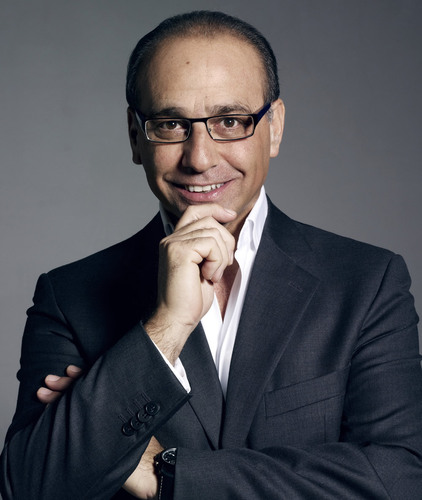 The Board of Robert Dyas Group (“Robert Dyas” or “the company”) announce the sale of the company to Gladys Emmanuel Limited, a company wholly owned by Theo Paphitis, for an undisclosed sum. Mr Paphitis, famous for his appearances on BBC TV’s Dragons’ Den series, heads a retail and property empire that includes Ryman, the stationery retail chain and Boux Avenue lingerie.
Robert Dyas majority shareholders have been Allied Irish Banks, p.l.c. and Lloyds Banking Group plc since the restructuring of the business in 2009 via a debt for equity arrangement. In January 2012 a sales process was initiated under the aegis of Cavendish Corporate Finance.

Geoff Brady, the outgoing Chairman of Robert Dyas, commented:
“I am delighted that the business has attracted an entrepreneur of Theo’s stature: his track record for growing retail businesses is second to none. Under his Chairmanship Ryman, which shares both the “convenience” retail positioning of Robert Dyas and a long and distinguished history on Britain’s high street, has gone from strength to strength growing both organically and through acquisitions.”
“The sales process attracted a great deal of interest from potential buyers, both from the UK and overseas, but I believe this transaction provides significant benefits both to the Robert Dyas team and to our customers. We will not only benefit from the expertise and experience of Theo and his team, but will also see a considerable strengthening of our financial position that will support the continuing development of the Robert Dyas business.”

The sale comes against a background of robust trading from the Company and strong cashflow. Like-for-like sales growth was 3.8 per cent in the company's last financial year to 31 March 2012. The company’s sales performance accelerated in the second half of that year and that underlying strength has continued into the current year.

Theo Paphitis, who will join the Robert Dyas Board as Chairman said, “I am very pleased with the purchase of the Robert Dyas business. It is a business which fits well with my investment criteria and I’m looking forward to working with the management team who have done an excellent job in getting Robert Dyas to where it is today.”

The current Chief Executive, Graham Coles, will stay in his position along with other members of the Robert Dyas Board. Chairman Geoff Brady and Non-executive Director Ian Gray leave the Board. Kypros Kyprianou, Group Chief Executive of Ryman joins the board as Director.

Robert Dyas (www.robertdyas.co.uk) was founded in 1872. It operates a portfolio of 96 stores located across the south of England. Its retail proposition is to offer well priced products for the home from convenient high street locations to a loyal and growing customer base.
It employs over 1,100 people in its retail chain and its headquarters in Leatherhead, Surrey.

Theo Paphitis is one of the UK’s most high profile businessmen. His empire spans retail, property, finance and consumer goods.

He has revived the fortunes of notable retail brands such as La Senza Lingerie (UK), Contessa Lingerie, Ryman, Partners the Stationers and Stationery Box. He sold his interest in the La Senza UK business and Contessa in 2006. Theo is Chairman of Ryman (www.ryman.co.uk).

Another high profile venture is Red Letter Days, the company he salvaged out of administration, which he co-owns.

Theo's most recent high profile retail initiative was the launch of a highly innovative new lingerie business in spring 2011 called Boux Avenue. There are twelve UK stores, two international ones plus an interactive website (www.bouxavenue.com) and the company continues to expand.

Theo is probably best known for his star role in Dragons' Den.