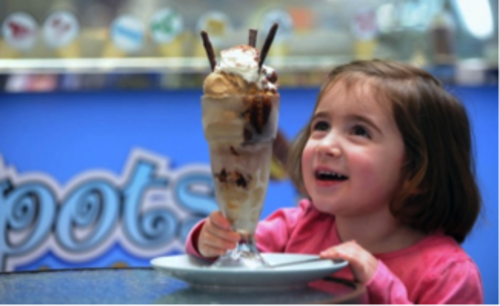 Mapped routes, Prince Charles’ favourite cheese and cake, squirrel, coracle caught smoked trout and more … Carmarthenshire is full of foodie surprises and a great destination for a food holiday, from squirrel on sale in Carmarthen Market, some of Wales’ best laver bread and cockles found on its shores, as well as the newly acclaimed ‘best restaurant in Wales’, Y Polyn, hiding in the sleepy village of Capel Dewi.

To help visitors uncover the county’s real ‘food heroes’ a number of food trails have been launched online at www.discovercarmartheshire.com/food-trails, guiding you around Carmarthenshire’s very best food producers from farm shops, pie shops, delis and pubs, to restaurants, teashops and bars. There’s unique experiences too, such as bearded fisherman Big Bill in Llansteffan who cooks up his catch every weekend and serves it up in his living room.

The three mapped trails make it easy to avoid the big supermarkets and experience the county’s authentic tastes, local producers, and gain an understanding of the agricultural landscape.

Carmarthenshire is packed with well-established heritage producers who have been crafting meats, cheeses and bakery goods for decades. Visit Albert Rees where the son of Albert, Chris, still cures the famous Carmarthen Ham – a recipe handed down through the generations and a family legend claiming the Romans stole it during the invasion of Wales and invented Parma Ham. Whatever the truth it’s a favourite of Rick Stein’s! A neighbour in Carmarthen Indoor Market is Etta Richardson’s Bakery, now run by her son Richard and his wife - their fruitcake so impressed Prince Charles he promptly ordered eight for Christmas and then served slices at his wedding reception to Camilla. Known as Etta’s Royal Cake the recipe remains a tightly guarded secret!

The new wave of food pioneers includes Scott Davis who after years working in top restaurants in London and New York has returned to his roots to set up cnwd (pronounced cn-ood — it rhymes with food) a smokery producing smoked wild fish and award-winning terrines.

Each food trail profiles a local food hero and sets out a route of culinary highlights for three distinct geographical areas – Carmarthen and West, Newcastle Emlyn and North and Llandeilo and East. From a Master Chef: The Professionals finalist’s restaurant to a remote artisan brewery next the Dolcothi Gold Mine this is guided food shopping and so much more! And to whet your appetite there are films online for each local producer.