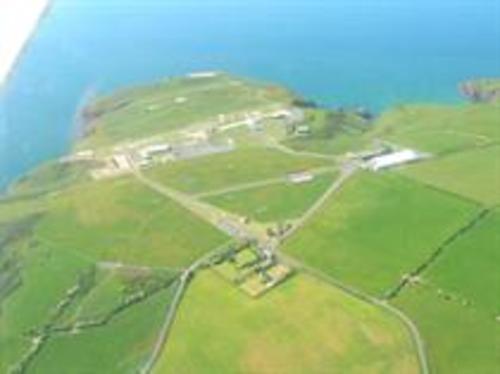 The chance to take an exclusive tour of the Manorbier Range is being offered by the MOD and the Pembrokeshire Coast National Park Authority. The range is normally out of bounds for the public but the MOD is opening its doors on the morning of August 8th 2012. This is a great rare opportunity for a UK day out to remember.

The annual guided tours have proved popular over the past seven years, when visitors have had the opportunity to learn about the use of this Military Training Estate.

This year’s event starts at 10am and will offer an insight into Wales’ military heritage. A presentation will be given by Range Commandant Major Peter Sulman on the military history and use of Manorbier since its creation in 1938. A short walk around the range will follow, led by the National Park Authority’s Ranger Lynne Houlston and Archaeologist Pete Crane.

The Air Defence Range at Manorbier is the only range in mainland UK from where the High Velocity Missile, employed in the anti aircraft role, can be fired. This weapon system is the latest in a design progression from the Blowpipe system, deployed during the Falkland campaign of 1982, through to the S15 Javelin, deployed during the first Gulf conflict 1990 – 91. It is currently one of the most effective and technologically advanced air defence systems in the world.

The aim of each missile firing is to assess the effectiveness of the whole system and the ability of the missile operator to engage a hostile aircraft, simulated by an aerial target known as the Banshee. Banshee, which looks like a very large model aircraft, is powered by a two cylinder petrol engine and carries sophisticated instrumentation. Used in conjunction with ground monitoring equipment, these aircraft test the performance of the launcher and operator. Banshee is launched out to sea and recovered by parachute at Manorbier Range, Pembrokeshire.

The event is open to anyone aged 16 or over and numbers are restricted so book early to avoid disappointment.