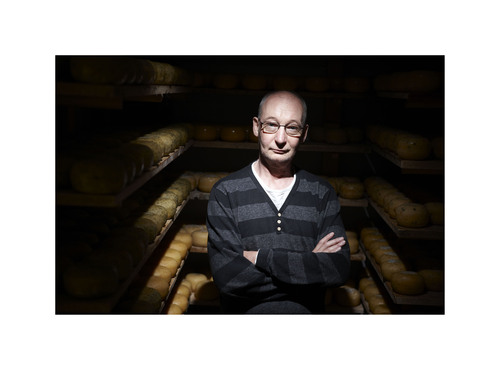 Cheese lovers are being encouraged to join an online campaign to help save one of the most famous cheeses in the world – Parmesan – production of which has been devastated by recent earthquakes in Italy.

In May 2012 two powerful earthquakes struck the Emilia-Romagna region of Italy - heart of the Parmigiano-Reggiano (Parmesan) producing region.

Parmesan producers now face financial ruin as the warehouses storing these highly prized cheeses crumbled under the impact of the tremors of May 20th and 29th, damaging 10 per cent of the annual production - a total of 608,000 cheeses.

The cheeses, now unable to complete their maturing process look to be headed for the bin as buyers shirk the fallen Parmesan.

However the Save a Cheese Campaign hopes to relieve the plight of these producers and cheeses by taking an innovative step and offering them online at www.saveacheese.com and in so doing give people the chance to buy their own piece of artisan history.

The Save A Cheese campaign is being headed up by award-winning artisan Welsh cheese maker John Savage-Onstwedder of Teifi Farmhouse Cheese.
John, whose raw milk cheeses have won countless awards - including The James Aldridge Memorial Trophy for Best British Raw Milk Cheese - says he could not stand by when he heard of the plight of his fellow producers in Italy, and is travelling to the region to meet with producers. As an organic farmer John will try to source certified organic Parmesan.
Says John, “As an artisan, raw milk cheesemaker I understand how important it is to support raw milk cheesemakers wherever they me be, because they are an endangered species not just in the UK, but all over Europe.”
Retailing at £22 per 1kg wedge the Parmesan bought through the website will be ready for distribution next month; with the price including postage and packaging, and the cheese will be stamped with the ‘Save A Cheese’ logo.
The bulk of the money will be paid to the individual cheesemaker with one further Euro per kg going to the Parmigiano-Reggiano Consortium for distribution to other cheese producers affected by the earthquakes.
Adds John, “The Campaign’s aim is to offer you the chance to help the struggling Parmesan producers by purchasing your own wedge of ‘Quake Cheese’, to be delivered direct to your door with a healthy slice of karma.”

John Savage-Onstwedder of Teifi Farmhouse Cheese at home near Llandysul in West Wales with his own award-winning cheese.

• Parmigiano-Reggiano (Parmesan) is made from raw milk from grass fed cattle with Mediterranean sea salt the only additive.

• Whey from the cheese is fed to the pigs that produce the world-famous Parma Ham.

• Maturation takes place in special warehouses called ‘Cathedrals’, where the cheeses are pilled 24 high in rows of up to 90 cheeses.

• In 1348 the Italian writer and poet Boccaccio mentioned Parmigiano-Reggiano in his book Decameron, while English diarist Samuel Pepys buried his Parmesan to preserve it from the Great Fire of London in 1666.

• The Parmigiano-Reggiano name is protected by European law, having the coveted Protected Geographical Indication (PGI) status; which decrees certain products can only be labelled as such if they come from the designated region.

The cause is just and the reward, delicious. Save a cheese!
www.saveacheese.com