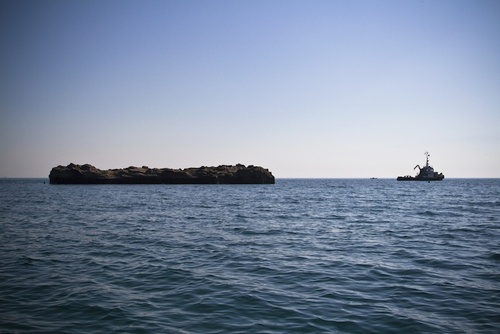 Nowhereisland has attracted more citizens than that of Palau, Tuvalu and The Vatican and now ranks 190 in the world

A small moving island, originating from one of the most remote regions on the planet has the most rapidly growing international citizenship in the world (reaching 20,000 citizens on Thursday 23rd August 2012).

Nowhereisland, which rounded Lands End on Monday heading for Cornwall's infamous surf coast, originates from Svalbard in the High Arctic. Since leaving the Kingdom of Norway, passing through international waters and declaring itself a nation in September 2011, Nowhereisland has attracted more citizens than that of Palau, Tuvalu and The Vatican and now ranks 190 in the world population chart.

With citizenship open to all, Nowhereisland has attracted over 20,000 people from more than one third of the world’s countries to become citizens. Weighing 198 tonnes, the island territory is just 44m x 9m, making Nowhereisland the world’s most dense nation with no less than 50 citizens per square metre. Though residents of Afghanistan, Chile, New Zealand and Canada are geographically dispersed, they are bound by their dual nationality as Nowherians.

Harnessing the power of social media, Nowhereisland invites its global citizens to contribute to the national constitution. As the world's first online and open access constitution, the list of propositions number over 2,400 ranked by popularity. Food campaigner Hugh Fearnley-Whittingstall, Eden Project's Tim Smit, artist Yoko Ono, mathematician Marcus du Sautoy and the late Vidal Sassoon are just some of the public figures that have lent their support to the project.

Despite initial criticism tied to arts expenditure, the project has emerged as one of the summer's great success stories, including support from the BBC and Guardian.

Nowhereisland journeyed 2000 miles across the North Sea to arrive in Weymouth as the only nation to bring its own territory to the Olympics this summer. During its subsequent 500-nautical mile journey around the SW coast, the island has been hosted by fishing villages and port cities.

This is a work of land art for our time - emerging out of the effects of climate change, galvanising people to engage with the politics of nationality and operating across borders and territories. The first artwork to make the epic journey from the High Arctic to the UK, the artwork has endured punishing sea conditions and navigated two infamously treacherous UK land points, namely the Lizard and Lands End.

The artist, Alex Hartley added, "Its appearance on the horizon makes us see our own surroundings a new."

In just 16-days time – at midnight, Sunday 9th September - citizenship will close and the territory of this nation will be shared amongst its global citizens.

A principal public art commission for the London 2012 Cultural Olympiad, the project is the original idea of Alex Hartley who discovered the island back in 2004. Working with Bristol-based producers, Situations, the project has expanded to involve partners across the UK from the British Red Cross to HMP Verne in Portland, schools, surfers, choirs and campaigners. The island is accompanied on land by its Embassy - a cabinet of curiosities that holds the artefacts, objects and documentation - and its three Ambassadors in each of the host ports and harbours.

As the first human to ever stand on the newly discovered island, which had been revealed from a retreating glacier, Hartley imagined bringing the island south in time for the London 2012 Olympics as a visiting island nation. A feat of artistic endeavour and naval engineering, the floating island is pulled on its sea-bound journey by tug. The island is currently moored in St. Ives, Cornwall, after which it travels to Newquay, Cornwall and Ilfracombe, North Devon before arriving in Bristol on 7th September for a final weekend of celebrations and the island's farewell on Sunday 9th September.