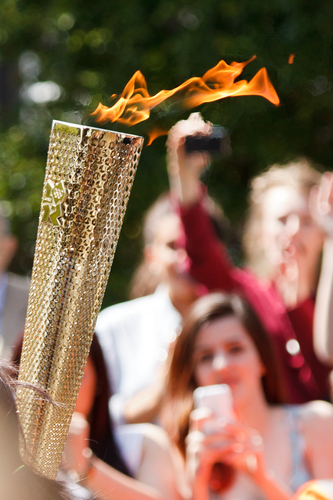 insurers’ policies on the torches varied from outright refusal, to covering them within the standard contents sum insured as unitemised valuables

The owners of Olympic torches have been urged to check their home insurance to ensure their prized possession is properly covered.

Research from specialist insurance broker Adrian Flux has revealed wildly differing attitudes among insurers to covering the 8,000-plus torches in circulation.

Although torchbearers paid just £215 towards the cost of their torch, they continue to sell on auction websites - including unused torches on the official London 2012 memorabilia site - for more than £3,000.

But insuring the torches is not proving straightforward, with some insurers refusing any type of cover, others only prepared to pay out up to £500 in the event of a claim and some happy to insure the torches for their current market value subject to a valuation.
Gerry Bucke, general manager at Flux, said torch owners need to protect their property in the same way they would any other valuable item like jewellery or antiques.

"Because of the limited production run, the torches are always likely to be worth significantly more than the £215 cost to torchbearers," he added.

"Although some of these torches have been sold for large sums, many torchbearers have kept them as permanent reminders of their part in history. But unless they have notified their insurers of the market value, obtained a valuation and listed the torch as an itemised valuable then they may be out of pocket in the event of a claim."

He said "insurers’ policies on the torches varied from outright refusal, to covering them within the standard contents sum insured as unitemised valuables".

"Our research shows that, depending on your insurer, you may not be covered at all or you may get the full current market value, so it’s essential that owners check with their individual insurer to be clear on the extent of cover they have,” said Mr Bucke.

"Obviously we hope that policyholders will never have to claim, but the torches have become very desirable items and it would be foolish to leave them unprotected - you wouldn’t leave a £3,000 watch uninsured and the torches should be treated in the same way. If owners are having trouble getting cover then a specialist insurance broker will be able to find the right cover and advise on how to get the torch covered for the correct value."

In all cases where the insurer will provide cover up to the current market value, an independent valuation is likely to be required.
There was controversy soon after the torch relay began in Cornwall in May when bearers decided to sell their torches, with one bid reaching £150,000, although this turned out to be a hoax.

A torch signed by diver Tom Daley recently sold on the official London 2012 auction site for £3,170.

Many have donated the cash to charity, although some have decided that up to £3,000 is more useful to them than an ornament or memento.
Contact Matt at Maze Media at matt@mazemedia.co.uk or on 01553 818550

This press release was distributed by ResponseSource Press Release Wire on behalf of Black Vanilla / To The End Media in the following categories: Personal Finance, for more information visit https://pressreleasewire.responsesource.com/about.