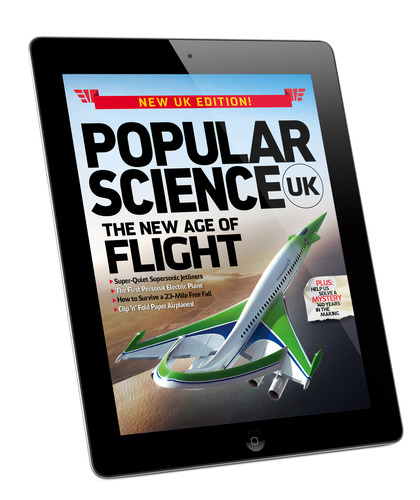 LONDON, September 10, 2012 – Incisive Media will launch a new UK edition of the leading iPad publication Popular Science later this month, it was announced today. The first monthly issue of Popular Science UK will be published on September 21, exclusively on Apple’s iPad tablet, and with the first issue completely free.

Popular Science, which currently has an audience of over 6.5 million readers, brings the cutting edge of science and technology to a wide audience. From gadgets to global warming, it explains how the latest developments and devices will change our lives.

The iPad edition launched alongside the iPad on April 3, 2010, and was noted by Apple CEO Steve Jobs as “king of the hill” of magazine apps. The new UK edition brings the same award-winning interactive design and in-depth content to the UK App Store, but using UK currency and metric units throughout, and with new UK-only articles.

“Popular Science explains science and technology in an entertaining and inclusive way, but without ever glossing over details or dumbing down”, said Tom Royal, who will edit the new UK edition.

“We’re hugely excited to be bringing the same great journalism and multimedia to the UK, but with added UK articles and where the only pounds listed are in prices.”

Marc Hartog, Group Publishing Director at Incisive Media, said: “Popular Science is one of the most read brands on the planet and is perhaps the most successful magazine on the iPad in the USA.

“By taking this fantastic content and creating a localised UK edition we are creating a title that is more relevant and appealing to the UK market, and which will build on the thousands of existing UK subscribers.”

The first issue of Popular Science UK is being made available completely free of charge. Future monthly issues will cost GBP 2.99, with subscriptions available from GBP 19.99.