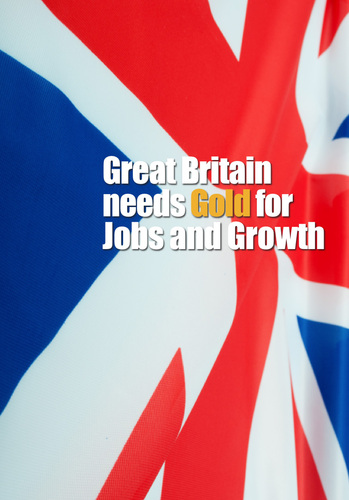 With the same level of focus, commitment and pride demonstrated by our athletes this summer, the building industry can lead Britain out of recession

The Get Britain Building lobby has launched a Jobs and Growth campaign, aimed at getting the economy moving again.
Get Britain Building campaigners firmly believe that the only option left for Government is to build our way out of recession.
They argue the simple but effective answer to the country’s plight has worked before and will be successful again, quickly stimulating growth by building much-needed housing and generating jobs.

The ‘Jobs and Growth’ campaign was officially launched today at the UK’s Housing Summit addressed by Shadow Housing Minister Jack Dromey MP and attended by industry leaders from the private and public housing sectors.

Get Britain Building campaigners, who are behind the call for a serious targeted stimulus package, argue there is an irrefutable business case for investing in new homes, home improvement and infrastructure.

Their new Jobs and Growth campaign sets out clear recommendations on what measure’s Government and the Banks need to take if we are to build our way out of recession.

Commenting on the launch, Get Britain Building spokesperson Mike Leonard said "The UK needs jobs and growth, and building our way out of recession is now the only solution left to Government".

"After a golden summer of sporting achievement, we need to capture some of that Olympic spirit, positivity and determination and go for "Gold" in Jobs and Growth."

Leonard said: "Over the coming months we will work closely with all our local and national politicians, banks and other decision influencers to build the case for Jobs and Growth."
"We have the demand, the will, the land, the materials and the skills to make this happen. With the same level of focus, commitment and pride demonstrated by our athletes this summer, the building industry can lead Britain out of recession."

Visit www.jobsandgrowth.co.uk for more information or call Mike Leonard on 07778 842831

Get Britain Building is an industry-wide portal promoting jobs and growth. We are united in our support of other industry led campaigns including "Creating Britain's Future" "Bridging the Gap" and "Construction4Growth".

GBB was launched in 2009 spearheaded by the British Precast Concrete Federation , the Builders Merchants Federation, the Federation of Master Builders and the Modern Masonry Alliance.