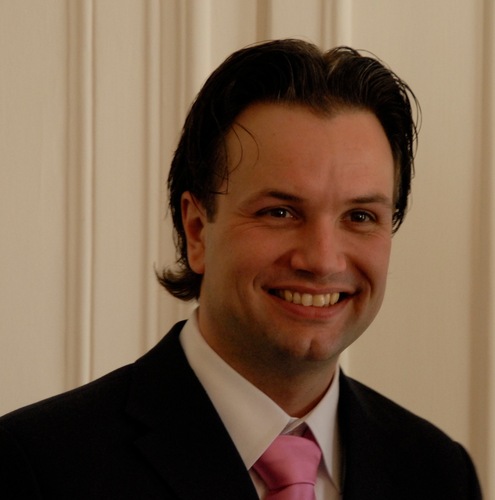 Since launching its European operations in the UK last year, Rapid7 has signed 126 new customers and 11 reseller agreements

Amsterdam, 25 September 2012 – Rapid7, the leading provider of security risk intelligence solutions, today announced that following its $50 million investment last year, the company is extending its EMEA growth strategy. The company has appointed Alexander Draaijer as regional vice president EMEA to oversee its expansion in the region. Draaijer will lead the EMEA team from new headquarters near the World Trade Centre in Amsterdam. Since launching its European operations in the UK last year, Rapid7 has signed 126 new customers and 11 reseller agreements. Draaijer is tasked with capitalising on this momentum in order to double Rapid7’s customer base, as well as revenue, within 12 months.

“Cybercrime is on the rise, and with so much hype and scaremongering going on, it can be hard for organisations to assess the risk to their business. Rapid7 simplifies this challenge, helping our customers identify their vulnerabilities and understand the context around them, so they can prioritise remediation and mitigation efforts,” commented Alexander Draaijer, regional vice president EMEA. “We’re excited to build out this offering to help EMEA organisations. This is part of our global expansion – which also includes new offices in Asia-Pacific and the US – and is another step in executing on the vision we laid out for the Company when we secured our last round of funding.”

Alexander Draaijer brings 14 years’ business experience to his role at Rapid7. He joins the company from Kaseya, where he held the role of vice president of global sales on demand and was responsible for advancing Kaseya’s global footprint. He has also held roles at LogMeIn, Dell, and ran his own IT consulting company.

Also joining the European team are Claudio Guarnieri, a security researcher and malware expert, who conducted extensive analysis of the FinFisher spyware in August this year, and Armand Sieben, strategic alliances and channel manager for Europe and Africa.

Claudio Guarnieri is the creator and lead developer of Cuckoo Sandbox, a well-respected and prominent open source automated malware analysis system that was selected by Rapid7 to be sponsored via its Magnificent 7 programme. Guarnieri will continue to work on Cuckoo Sandbox as part of his role at Rapid7, driving greater innovation and community interaction for the project. He will also conduct malware research for the Company, identifying and analysing new threats.

Armand Sieben comes to Rapid7 from GFI Software Ltd., where he was senior channel manager for Benelux, France and Scandinavia. In this role, Armand successfully reorganised the channel strategy into a 2 tier model, building a go-to-market approach that helped GFI increase revenue for the Benelux region by 60% year-on-year. Armand brings his deep channel knowledge and energy to the strategic alliances and channel manager role, focusing on expanding Rapid7’s channel network and revenue in the Europe and Africa region.

Rapid7 is one of the fastest growing security companies in the world and reported a 58% year-on-year increase in revenue for Q2 2012. Its integrated vulnerability management and penetration testing solutions, Nexpose and Metasploit are being used by more than 2,000 enterprises and government agencies around the world. The company’s free products are downloaded more than one million times per year, with over 175,000 security community users and contributors.