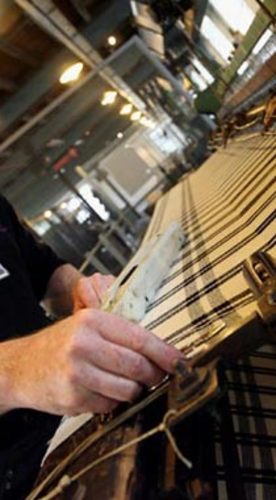 For a fantastic educational day out visit the National Wool Museum where currently exhibiting is a story of how 53 Welsh-Italians lost their lives during World War Two while the ship they were travelling on from Liverpool to Canada was sunk by a German U-boat.

The SS Arandora Star was taking internees, many of whom were rounded up just because of their Italian descent and were taken by order of the British Government in 1940 to internment camps in Canada. This exhibition, entitled Wales Breaks its Silence ...from Memories to Memorial, was created by the Arandora Star Memorial Fund in Wales and commemorates this story within a small exhibition of mounted photographs, personal accounts of survivors and newspaper articles and includes a large model of the SS Arandora Star. A memorial has been placed in the Metropolitan Cathedral of St David Cardiff, naming the 53 who perished.

With numerous Welsh-Italians settled in the Newcastle Emlyn and Llandysul area, as well as other pockets in Wales, this exhibition may strike a chord with many local Italian descendent, their families and friends. Many have settled in this particular area because of the Prisoners of War Camp at Henllan.

The exhibition is free of charge and the Museum open from 10am to 5pm daily over the summer.

George Hill from the Arandora Star Memorial Fund in Wales said: “The committee set out to honour all those who died on that fatal day of July 2nd 1940 on the Arandora Star. This travelling exhibition has been developed to give insight to what happened and raise awareness of this tragedy.”