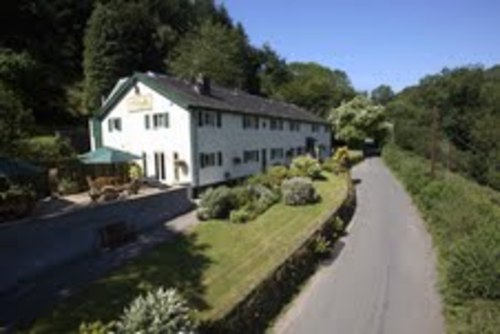 The Crown at Whitebrook retains prestigious top restaurant spot in Wales and named one of the very best in the UK. The ‘World class’ Monmouthshire restaurant is now ranked 27th in the UK in The Good Food Guide 2013, and definitely worth a visit on you UK short break.

The multi award winning Crown at Whitebrook, situated in the heart of the picturesque Wye Valley, in Monmouthshire, has again been named the best restaurant in Wales in the influential Good Food Guide 2013.

The internationally renowned Crown, a Michelin star restaurant since 2007, has risen from 28 last year, 30 the year before and 36 the year before that to be placed 27 this year retaining its cooking score of 7 in the 2013 Which? guide.

The globally recognised guide consistently lists the crème de la crème of UK restaurants. James Sommerin, Executive Head Chef at The Crown at Whitebrook, near Monmouth who is celebrating a dozen years at the restaurant, said: “This is simply fantastic news. What a brilliant way to mark 12 years at The Crown. Once more for The Crown at Whitebrook this is recognition of the highest order.”

The Caerleon, Newport born master chef said: “I always say that the talented team we have at The Crown at Whitebrook never rests on its laurels and is always moving forward. Constantly moving up in these prestigious rankings, year on year, underlines this statement. The entire team at the restaurant always challenges boundaries to give our customers new experiences producing the very best from our supreme Welsh produce.