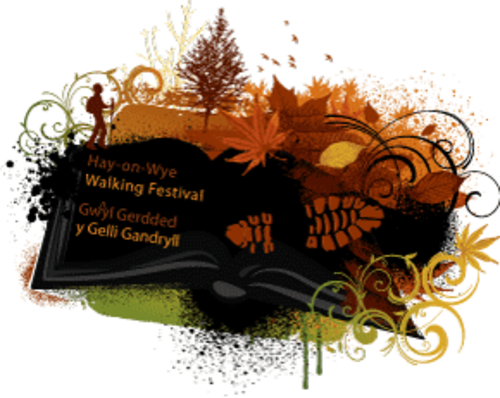 Following the success of last year’s inaugural Hay Walking Festival, the event has returned for a second outing again this year - bigger and better than ever. Hay-on-Wye has long been renowned as a literary and culinary capital thanks to the annual Hay Literary and Food Festivals, but now the border town is making huge strides as a top destination for walkers with the Hay Walking Festival, offering even more reasons to take a UK family holiday there.

Taking place from October 11-15, Hay Walking Festival 2012 features a fun programme of more than 50 walks and events held over five days, with something to cater for walkers of all ages and abilities.

Among the highlights on the opening day (Thursday, October 11) of this year’s increased Walking Festival programme is a picturesque seven mile stroll through the Brecon Beacons National Park between Llanthony Priory and Hay Bluff via the Offa’s Dyke.

Saturday, October 13 sees a real treat for literary fans with a special walk dedicated to the Owen Sheers novel ‘Resistance’. The route takes in the locations featured in the highly-acclaimed novel that was later made into a film – to be shown at the Parish Hall on Lion Street, Hay at 5pm on Thursday, October 11.

Geology fans can experience a journey back through time on Saturday, October 13 with the Stanner Rocks Geology walk headed by geologist and Arctic and Antarctic explorer James Cresswell, who will lead walkers on a six mile route around the nearby historic rocky landscape.

Alongside the variety of conventional walks in the Festival programme sit a whole host of other fun activities which are sure to capture the imagination, including geocaching, foraging and map navigation classes, Nordic walking, a bird watching walk around Llangors Lake, farm visits, photography walks, ceilidhs, quizzes, concerts and much, much more.