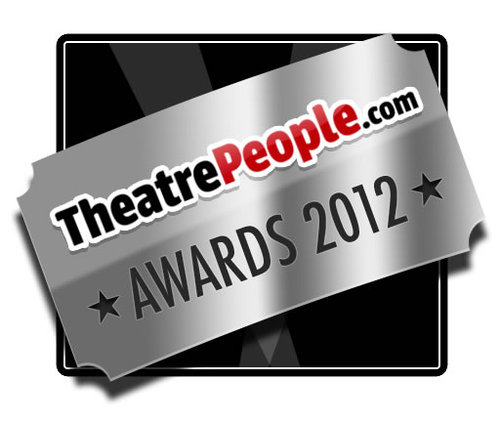 At TheatrePeople.com we don’t like theatre - we love it. In fact, we love it so much we want to squeeze it ‘til its eyes pop out! It’s this humungous passion for theatre that’s made us Britain’s number 1 West End and UK theatre ticket company, and it’s why we’re positively vibrating with anticipation about the launch of our first ever annual TheatrePeople Awards.

From 15 October, thousands of theatregoers from all over the UK will cast their votes in our exclusive online poll hosted at www.TheatrePeople.com/2012-Awards. They’ll decide once and for all who and what are the nation’s favourite West End and regional theatre performers and productions, drawn from the illustrious roster that lit up the nation’s stages in 2012.

‘Critics, schmitics’ we say — bums-on-seats is the true test of success. That’s why we’ve entrusted the outcome of our awesome Awards to real theatregoers, who really love theatre, whose patronage keeps the theatre industry so vibrantly alive, and whose opinions really count.

The winners of each Awards category will receive their TheatrePeople Awards on 12 November. You can watch every moment at www.TheatrePeople.com, so bookmark us now and don’t miss Britain’s favourite stars deliveringwhat are bound to be the most emotional speeches this side of ‘Hamlet’.

Right now, we’re biting our nails to the quick wondering exactly which of Theatreland’s towering talents will emerge triumphant. Personally, we reckon Sheridan Smith’s Hedda Gabler at the Old Vic is the hottest thing to hit a West End winter since roasted chestnut stands. But will her bewitching turn in Ibsen’s masterpiece be enough to bag our Favourite Performer award?

Tap-happy Tom Chambers hoofed his way into the hearts of hundreds in Top Hat – but is brilliantly bouncy nostalgia sufficient to beat off more modern fare and send the Top Hat team waltzing off into the wings with the Favourite Musical gong? We can’t wait to find out!

The answers to these burning questions and more will be revealed when the winners of the first annual TheatrePeople Awards are revealed on 12 November. Meanwhile, join us on Twitter @theatre_people and on Facebook to keep up-to-the-minute with the fortunes of your own Favourites through every step of the contest.

Please see the next page for the full list of nominees in the 2012 TheatrePeople Awards.

No one knows Theatre better than TheatrePeople.com. Whatever the occasion, we can help you find the right seat for the right show. From hard-to-get tickets to great discount deals, to great theatre breaks, make TheatrePeople.com your destination. TheatrePeople.com is part of the country’s leading theatre booking agency selling over 2.5 million tickets every year and is a member of the Society of Ticket Agents and Retailers.

HOT DATE
• The Phantom Of The Opera
• The 39 Steps
• Ghost The Musical
• Mamma Mia!
• Forever Crazy