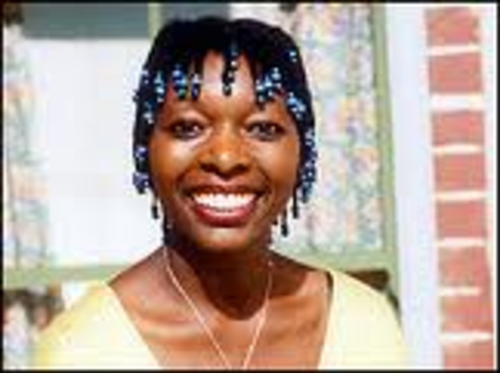 Baroness Floella Benjamin, actress, author, politician and Play School doyenne is to be recognised for her outstanding contribution to children’s television and her championing of arts for children, at an awards ceremony at BAFTA, Picadilly, London, on 20th October.

The annual Children’s Arts Awards, organised by Action for Children’s Arts (ACA), celebrates artists who have made a lasting contribution through their work to children’s art and welfare in the UK. Baroness Benjamin will be presented with the J.M.Barrie Award, for a body of work that will stand the test of time. Former recipients include Roger McGough and Quentin Blake.

Floella Benjamin will be joined by the eleven winners of this year’s ACA Members’ Awards, which were introduced to recognise the contribution made by individuals and organisations who, though less well known, represent a vital thread in the fabric of children’s arts in the UK. Recipients, each nominated by a member of ACA, have included teachers, producers, managers, administrators and artists.

A host of famous faces will fill the legendary BAFTA Members’ Club to pay tribute to Baroness Benjamin, including Rudolph Walker (EastEnders), former Play School colleagues Wayne Jackman, Stuart McGugan, Michael Omer, Ann Reay, Carol Chell and Peter Charlton as well as Peter Duncan, Sarah Greene and Mike Smith and Downtown Abbey creator, Lord Julian Fellowes. They will be joined by the High Commissioner of Trinidad and Tobago, publisher Colin Webb, and her two children, who will read excerpts from her book, ‘Coming to England’.

Speaking about the event, ACA Patron, Peter Duncan, said: “Floella is recognised by countless adults as one of the most well-known TV presenters of their childhood. She has gone on to work tirelessly for charity and to champion children’s arts and I can think of no-one better to receive this award.

“We hope to make the 2012 ACA Children’s Arts Awards not only a celebration of the work of Floella and the other award winners, but also an occasion to celebrate the place that the arts have in a happy childhood, a chance for us grown-ups to remember the books, plays, television programmes, music and dance, pictures and films that we enjoyed as children and continue to enjoy as parents and grandparents.”

The Children’s Arts Awards take place at BAFTA, 195 Piccadilly, London, on the afternoon of Saturday 20th October. Journalists are invited to attend.

Action for Children’s Arts is a national charity promoting and supporting the arts as an essential part of a happy childhood. It is the only national charity representing all the arts and focusing exclusively on children up to the age of 12.