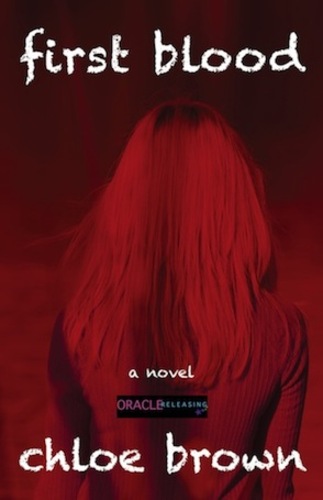 Kirkus Reviews says the author creates “a lively narrative voice reminiscent of Cher in Clueless”. The Y.A. Novel, which features a popular teen whose world is turned upside down when she becomes a vampire, is the first on the “Bloody Family” series.

Chloe Brown’s Y.A. Novel, aptly titled “First Blood,” is the first on the vampire-themed fantasy series “Bloody Family.” The author, who says she enjoys reading the genre, wanted to write books centering on women and family; she wanted to write books that were empowering young women in a positive manner. In the series, the protagonist is caught between two sides of the family whose deep feuding habits go back for centuries.

“But first she needed to be introduced,” says Brown, who originally wanted to write one book but extended the volumes when she realized no one would publish a 1000+ page book. “I think ‘First Blood’ does exactly that, and it will be satisfactory for most readers, but also sets the reader for a much bigger story if they should choose to read the coming books.”

The book, which is 342 pages, will be published in several forms including book, e-book, and audiobook. Its U.S. publisher, Oracle Releasing, holds the world rights. To introduce her to audiences, the publisher has priced the e-book for just $0.99 on the Kindle as well as on the Nook. International readers will be able to read it for similar prices, too.

“I’m very happy about the prices,” says Brown, who has considered other publishers before settling on the small company. “They understood that for me it’s not about the money, it’s about the readers. I want to reach as many readers as I can,” she adds. “So it’s a nice compromise.”

ABOUT THE BOOK: Emily thought she had it all, as the Queen Bee at her Beverly Hills high school, surrounded by amazing family and friends, and having landed the guy she had crushed on since kindergarten. But with a rival on the loose, a new love interest, and a bloody growing secret, she's going to have to fight to keep it all together.

ABOUT THE AUTHOR: Chloe Brown is a lover of books and the author of several upcoming titles, including the addictive vampire series "Bloody Family," which features a popular teen whose world is turned upside down when she becomes a vampire. She lives in Los Angeles.

To learn more about the author, or about the book, visit: www.authorchloe.com

For press information, contact:
Maureen Thomas at mthomas@laxagency.com or 206-337-4600