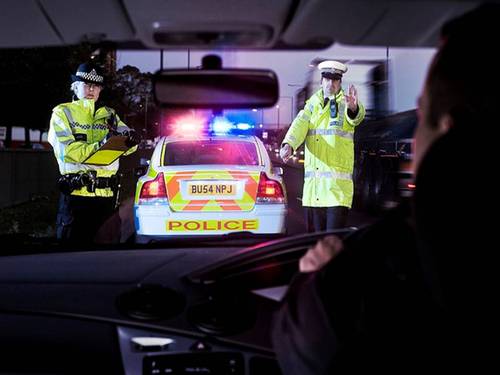 I certainly wouldn’t want to risk my driving license on a three quid blow-in-the bag device.

Earlier this year, our mainland neighbours made it compulsory for every driver to carry a minimum of two personal breathalyser kits in their cars – even if they never consume alcohol. The theory behind the move is that if a driver has consumed alcohol, they can make sure they are not over the legal limit before starting the engine. Those who are discovered not carrying the kits with them while driving face a small fine. French officials hope that the 4,000 road deaths of last year will be reduced to below 3,000 this.

Back in Blighty pro self-testing campaigners argue that if the same simple system were introduced here it too could save hundreds of lives. In fact Motortrades own research revealed that nine out of ten councillors would be in favour of the idea.

But Royal Society for the Prevention of Accidents (RoSPA) Head of Road Safety Kevin Clinton differs: “We don’t think it would be a good idea because we’re not convinced that these kits are useful. Our main concern is that they may encourage some drivers to try to drink up to the limit and drive instead of avoiding drinking at all, when they know they’re going to be driving.”

Mr. Clinton continued “We don’t think they would help people to avoid drink driving because there’s a danger it would have the opposite effect. We’re also not convinced about how reliable or accurate the readings are. I certainly wouldn’t want to risk my driving license on a three quid blow-in-the bag device.”

While disposable breathalyser tests are very cheap, they can also be inaccurate and pale in comparison with those used by police forces. Ultimately, there is no safe limit when driving with alcohol in the system.

Mr Clinton described how if personal breathalysers were made compulsory, he feared that police resources dedicated to tackling drink driving directly could be diverted and instead used on making sure drivers have these kits - resulting in a waste of time, money and lives.

RoSPA might support the introduction of breathalysers if it can be proven the law works in France where drunk driving is in fact a larger problem.

He added: “I’d be surprised if it had anything like that effect but I suspect it would also take much longer than a year to be sure about what is happening and why. At the moment we don’t think there’s any evidence to suggest that these kits are a good way of preventing drinking and driving.”

31-year-old car fanatic Severine, originally from France but has been living in the Kent for over ten years, said: “It’s a win-win situation. Drivers do not want to be caught over the limit or even intentionally hurt someone though a drink-driving accident, so it benefits everyone and relieves pressure on emergency services that are already pushed to their limits over the winter period.”

Step Three
Increase levels of education and publicity about drink-driving


Notes to Editors:
Motortrades.co.uk is an internet directory service helping consumers find businesses or services connected to motoring in their local area.
The site was launched in 2007 to help independent motoring businesses connect with and compete for new customers. During August 2012, there were nearly 92,000 unique visitors to the site and over 3.5 million total hits. The site is currently one of the fastest growing online motoring directories in the UK.
Businesses pay for a listing which includes company name, full contact information and three hyperlinks to the company’s website. An entry also includes a colour logo, 150 words of text to explain the business activity, bulleted links to social media and a photo gallery.
The site is in the process of being completely redesigned at a cost of £100,000.00 and the will launch in December. The new site can also include opening times and customer testimonials.
Motortrades.co.uk is the trading name of Motor Trades Limited which is a privately owned business, founded in 2006 by Steve Jakes who remains the Managing Director today. The company is based in Brentwood, Essex and has recently opened a second office in Colchester.