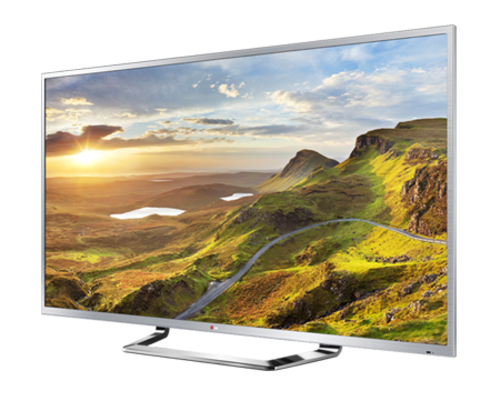 LG continues to be at the forefront of industry innovation and it is the brand’s market leading technology developments, such as Triple XD Engine, that makes it possible to produce the breakthrough 84-inch Ultra HD TV. The TV also boasts LG’s latest features and functions, including its award-winning Smart TV and Cinema 3D technology. LG Resolution Upscaler Plus feature then allows standard or high definition images to be rendered in higher detail to ensure a better viewing experience no matter what you’re watching.

“We are proud to be the first to offer Ultra High Definition technology to the UK, with our 84-inch LM960V that is as impressive in functionality as it is in size.” said Stephen Gater, CE Consumer Marketing Director. “It wowed the audiences at IFA, and representing every advanced technology that we are proud to offer as a TV manufacturer, we are confident that it will capture the imagination of the UK public as they get to see it up close for the first time.”

Bringing this exciting new experience to the 3D entertainment arena, LG has equipped its Ultra HD TV with CINEMA 3D technology to ensure the impressively large display provides the most immersive and comfortable viewing experience possible. 3D Depth Control allows viewers to fine-tune the “distance” between near and far objects on the screen for a custom 3D experience. The 3D Sound Zooming feature then analyses the on-screen objects to generate sound according to their location and movement.