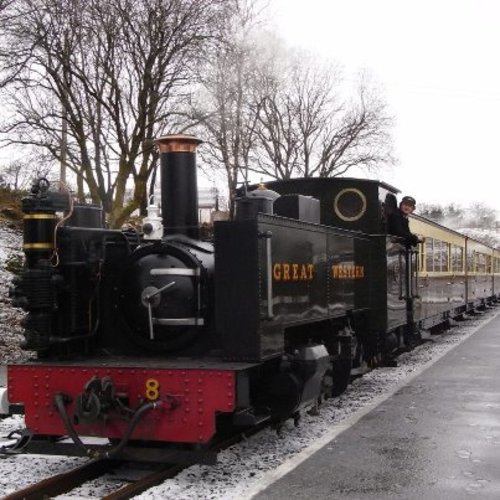 Santa is abandoning his reindeer for a different form of transport in the run up to Christmas in Mid Wales this year. The region is hosting a series of magical ‘Santa Specials’ on privately owned steam railway lines during December 2012, offering an opportunity for a great family day out in Wales.

You can even meet Santa at Llechwedd Slate Caverns, Blaenau Ffestiniog. Elves will drive the Santa Train underground to his spectacular subterranean grotto in the heart of Snowdonia. The Santa Train runs on December 1, 2, 8, 9 and 15 to 24

Llechwedd Slate Caverns is situated near the historic slate mining town of Blaenau Ffestiniog and is 10 scenic minutes away from Betws-y-coed and about fifty minutes over the mountains from Llandudno. If you are staying near Porthmadog you are only half an hour away and can get here on the fabulous Ffestiniog Railway – with just a short connecting bus ride. For those staying on the beautiful Lleyn Peninsula we are about an hour from Pwllheli.