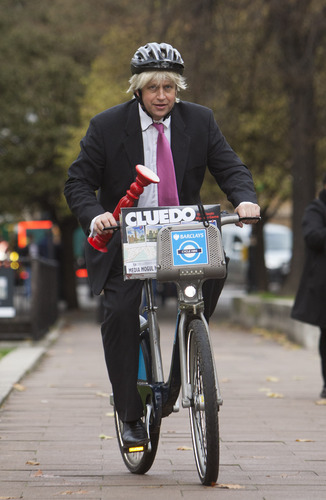 With over 300 possible murder combinations in the new game, Cluedo: London Edition guarantees hours of fun for all the family this Christmas.

Murder comes to the Capital for the first time ever as Winning Moves, the innovative games company behind many classic family favourites, unveils Cluedo: London Edition. The popular country house whodunit classic has been given an urban make-over and relocated to London, axing original characters such as Miss Scarlett and Mrs Peacock and replacing them with Malcolm Mustard the Mayor, Paul Plum the Journalist and Gus Green the Footballer.

With over 300 possible murder combinations in the new game, Cluedo: London Edition guarantees hours of fun for all the family this Christmas.

Cluedo: London Edition (RRP £24.99, ages 9+, 3-6 players) is available to buy now on the High Street from a wide range of retailers, or online at http://www.winningmoves.co.uk/shop

About Winning Moves:
Winning Moves is an independently owned London-based games company who owns a number of the world’s best known card game brands – Top Trumps, Waddingtons Number 1 and PIT. Winning Moves also distributes a number of classic game brands such as Bananagrams and Pass The Pigs and is also the exclusive licensee in Europe, Middle East and Africa for limited edition of Hasbro games including MONOPOLY, Cluedo and Twister.