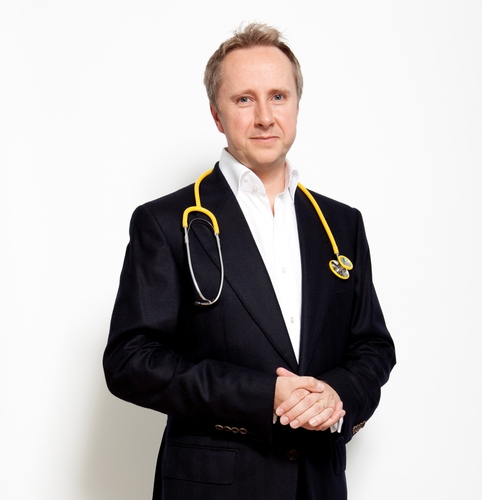 Over three quarters of Brits get the winter blues, says new research but there’s a simple way to help tackle this according to TV medic Dr Rob Hicks.

Although it’s only a few short weeks since the end of British Summer Time, over a quarter (28%) of Brits are already feeling less happy and around a third (33%) have spent less time outdoors than we did before the clocks went back.

According to a survey conducted last week by Anglian Home Improvements on the impact of reduced daylight on our general well-being, almost a quarter (23%) of us have felt more depressed, with around one in three people (32%) finding it harder to get motivated. Meanwhile, 34% of those asked have found it increasingly difficult to get up in the morning and one in five (22%) is eating more ‘comfort food’ than this time last month.

The effects are not short-term either, with evidence showing that ‘winter blues’ can last until February. A whopping 79% of those asked said the reduction in daylight over the winter months has a negative effect on their mood, with 17% claiming the impact was significant. Three quarters of respondents said the reduction in daylight during the winter has an effect on their sleep patterns (76%) and on their sense of wellbeing (74%).

The short days play havoc with our leisure time and exercise patterns too. One in eight (12%) of those surveyed said they have already decreased the amount they exercise since the clocks went back, with 68% saying the lack of daylight over the winter months has a negative impact on their social life.

The Anglian survey shows a clear link between natural daylight and mood, motivation and productivity. This is something that health professionals have been aware of for a long time and is linked to a natural human instinct akin to hibernation, as explained by TV medical expert Dr Rob Hicks.

“These survey results come as no surprise to me because it is well recognised that most people feel down from time to time during winter. Many actually suffer with seasonal affective disorder (SAD), a specific type of depression, thought to be caused by a lack of daylight, which leaves them depressed, and lacking in motivation and energy. This lack of daylight is believed to disturb the balance of chemicals in the brain and to upset the body’s internal clock. The result is too much melatonin, the hormone that makes us feel tired and ready for sleep, and not enough serotonin, the hormone that helps us feel happy. The consequence of this, and the disruption of the internal clock, is feelings of tiredness, lethargy, and low mood.

“Light is believed to help correct the imbalance between melatonin and serotonin, so spending as much time as possible exposed to daylight can help lift our mood. This can be achieved by being outdoors or when indoors being close to a window. If indoors, then a room where plenty of daylight is available such as a conservatory is a very good option. Exercise is also beneficial as it helps release endorphins, the ‘feel good’ hormones. So the trick is to keep active, whether outdoors or indoors, and get as much daylight as possible.”

Melanie McDonald, Head of Marketing and Communications at Anglian Home Improvements, says, “Anglian commissioned this research following anecdotal feedback from our customers who have told us they feel happier in the winter after installing a conservatory as they can spend time watching what’s going on in the garden and make the most of the available daylight. It’s encouraging to learn little changes, like making sure you sit near a window or somewhere with as much natural light as possible, can make a big difference to how you feel and cope with winter.”

A well-insulated conservatory can be enjoyed all year round, providing an opportunity to make the most of natural daylight during the winter months when people tend to spend more time indoors. Anglian Home Improvements is running a special ‘all seasons’ winter promotion on selected conservatories, offering a free upgrade to Solaroof and Ultra 2 glass in the conservatory wall frames, saving over £1,200 on an average conservatory*.

Anglian Home Improvements offers nine different types of conservatories including traditional and modern styles, an orangery and a conservatory verandah. Homeowners looking for a separate dining room, space for a playroom, or simply somewhere to relax and enjoy the garden can visit anglianhome.co.uk to find out more and to view the range of options and styles available.

Since the clocks went back:

Regarding the reduction in daylight over the winter months:

Established in 1966, Anglian Home Improvements is the UK’s leading home improvements company, responsible for the employment of 4500 people. With more than 45 years’ experience of providing UVPC double-glazing windows, Anglian ensures it is ahead of the competition with a continuing research and development programme. Anglian offers an extensive range of home improvement products, including double glazing replacement windows and doors, conservatories, driveways, solar products, garage conversions and roof trims.