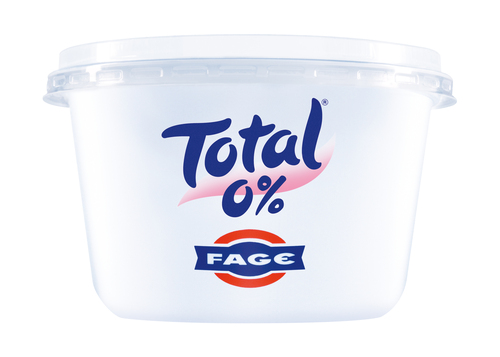 Christmas may still be over a month away, but research conducted by the brand TOTAL Greek Yoghurt has shown us that many of us have already given up on our healthy eating plans to begin the Christmas binge fest, with most of us believing we have no hope in the battle of the bulge over the next few weeks.

According to the new research released today, by the start of next week almost one in six people would have already given up trying to be careful about what they eat and instead will be welcoming a month’s worth of gorging, while almost half will be in full Christmas binge-mode by Mid-December.

Around three quarters of those surveyed by TOTAL Greek Yoghurt are resigned to the fact they will put on weight over Christmas, with one in 12 people saying they saying they expect to gain half a stone at least over the next few weeks.

Almost 60% of people say if they could find a way to have a low fat, low calorie option as part of their Christmas meal they would, but only if they wouldn’t lose out on taste.

However, Martin MacDonald, TOTAL Greek Yoghurt’s nutritionist and lecturer at Derby University, believes that people can breathe easy. He said, “It’s not as easy to pile on the pounds as people may think. It depends on factors such as previous calorie intake, genetics, what foods are overeaten and of course the degree of over eating. Most people will only gain 1-3 lbs of actual fat.”

For a healthy individual to lose 2lbs of body fat, it will generally take 2-4 weeks, depending on things like gender, genetics, activity levels etc.”

Commenting on whether or not there is a simple formula involved in gaining and losing weight, Martin went on to say, “It's not as simple as it sounds. People believe that all calories are the same, but an extra 1000 kcals of protein is very different from an extra 1000 kcals of carbohydrates or fat. Therefore, not only does the amount of weight gain depend on the individual, it also depends on where the extra calories come from.”

Martin’s Top 5 Tips to Avoid the Bulge over Christmas

1. Read the labels: Just because a food brand markets itself as low in fat, it doesn’t mean it is low in calories or good for you: It could be high in added sugars and preservatives. Watch out for occasions where foods contain hidden extras!

2. Reduce the treats without even knowing: If you're going to eat mince pies, try having them without the pasty top, or make your own chocolate covered strawberries, rather than ploughing your way through a whole box of chocolates.

3. Make Simple Swaps that you won’t even notice: Greek Yoghurt for Cream – it has 80% less calories; Stevia instead of sugar; Roast sweet potatoes instead of white potatoes or parsnips.

4. Stay Active: A pre meal and/or post meal walk is always helpful for burning of excess calories and even improving hormonal responses to your food intake!

5. Minimise your alcohol intake: In terms of minimising added extras, if you have to drink, a better option would be clear spirits with a non-calorific mixer: think gin and slim line (LOW SUGAR) tonic, NOT vodka and cranberry juice.

The research for TOTAL Greek Yoghurt was carried out online by Opinion Matters between 31 / 10 / 2012 and 12 / 11 / 2012 amongst a panel resulting in 2,123 adult respondents. All research conducted adheres to the MRS Codes of Conduct (2010) in the UK and ICC/ESOMAR World Research Guidelines. Opinion Matters is registered with the Information Commissioner's Office and is fully compliant with the Data Protection Act (1998).

- 9% of people have already given up trying to be careful about what they eat.
- 15% of people will be in full Christmas binge mode by the end of next week.
- 78% of people are resigned to the fact they will put on weight over Christmas.
- 8% of people expect to gain half a stone at least over the next few weeks.

Martin MacDonald is one of the UK’s leading applied nutritional scientists. He lectures in Applied Nutrition as well as working with a wide variety of private clients.
Martin is responsible for the incredible figure transformations of actresses Hannah Waterman and Jennifer Ellison and weather girl Clare Nasir. He is also the lead performance nutritionist for Derby County FC and the GB Olympic weightlifting team.