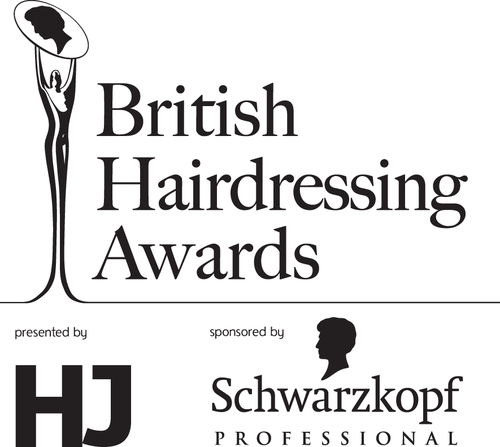 At a glittering awards ceremony in The Grosvenor House, a JW Marriot Hotel in London’s Park Lane, the winners of HJ’s 28th British Hairdressing Awards, sponsored by Schwarzkopf Professional were announced. The biggest event in the hairdressing calendar, it was a night Angelo Seminara certainly won’t forget as he was announced as the 2012 British Hairdresser of the Year.

Angelo is in good company as in the event’s history, there have only been 15 hairdressers who have been awarded this title. They are - Trevor Sorbie, Anthony Mascolo, Irvine and Rita Rusk, John Frieda, Andrew Collinge, Nicky Clarke, Charles Worthington, Umberto Giannini, Beverly C, Mark Hill, Antoinette Beenders, Lisa Shepherd, Andrew Barton, Akin Konizi and Angelo Seminara. The newly crowned British Hairdresser of the Year, Angelo was ecstatic when he won the coveted title. I couldn’t believe it when my name was called out, I was and delighted – winning the title is a dream come true,” said Angelo.

In 1985, the British Hairdressing Awards - presented by Hairdressers Journal International and sponsored by Schwarzkopf Professional - were launched to recognise and reward hairdressers who were pushing the boundaries of hairdressing, creating and setting the trends for others to follow and excelling in this creative and competitive industry.

Each year hairdressers from all over the UK dedicate months of hard work preparing their entries with fifteen categories to choose from. There are nine regional categories covering all areas of the UK and six specialist categories that recognise the skills required in specific areas, including - Afro, Men’s, Newcomer, Artistic Team, Avant Garde Hairdresser of the Year, and the Schwarzkopf Professional British Colour Technician of the Year. Hairdressers from any salon in the UK can enter the awards and compete with the biggest names in the industry as the anonymous and independent judging process ensures complete fairness for all. Unlike other awards, the British Hairdressing Awards are based on photographic entries that demonstrate the creativity, skills and talents of the entrant. All entries are judged by an impartial, distinguished, yet extensive panel of credible individuals and the results collated by an independent firm of auditors.

The British Hairdressing Awards has significantly raised the profile of British hairdressing both in the UK and overseas. All the winners can enjoy an increased media profile and the biggest award of the night – British Hairdresser of the Year – is recognised throughout the world with the winner overnight becoming an ambassador for British hairdressing appearing on television, radio and in the national and consumer press.

“The eyes of the world have been on Great Britain in 2012 as we have celebrated the Diamond Jubilee and the Olympic Games. British hairdressing is renowned globally for its creativity and innovation and with the British Hairdressing Awards we continue to recognise, reward and celebrate the best in the industry,” commented Jayne Lewis-Orr. “The standard of entries in all categories this year was incredible and the judges had a really difficult job. A huge congratulations to all the finalists and winners who were recognised this the evening.”

The Winners of the 2012 British Hairdressing Awards

London Hairdresser of the Year - Tina Farey, The House of Rush, Piccadilly


This press release was distributed by ResponseSource Press Release Wire on behalf of AJC93 in the following categories: Women's Interest & Beauty, for more information visit https://pressreleasewire.responsesource.com/about.