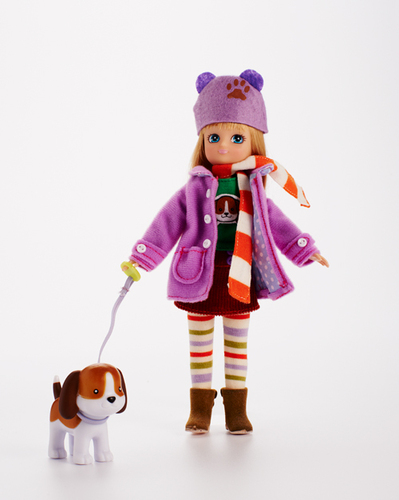 girls as young as 4 are already beginning to view themselves as sex objects and have a worrying preoccupation with body image.

A survey conducted among 350 parents of girls aged 3 to 9 in the UK and Ireland by Arklu, a London based toy company, shows that parents think girls are being pressured into growing up too quickly. The survey found that girls as young as 4 are already beginning to view themselves as sex objects and have a worrying preoccupation with body image.

Key findings of the survey of 350 parents of girls aged 3-9 in the UK and Ireland included:
• 84% of parents said girls are being pressured into growing up too quickly; it is a real concern.
• 85% of parents said manufacturers and retailers have a responsibility to tackle this.
• Parents identified the following factors to encourage girls to want to become sexually attractive at an inappropriately young age: Provocative slogans on clothes / skimpy clothing 75.6%, Media (music videos and tv programmes) 90.6%

Arklu’s extensive research with focus groups of girls and parents over the course of 18 months revealed that parents were increasingly concerned by the impact of premature sexualisation, negative perceptions on body image and were concerned that their kids were growing old too quickly. When asked in the survey: What are your concerns for your daughter(s), specifically compared to boys of the same age? Lynn Kavanagh from Dublin said of her daughter aged 3, “She sees kiddie versions of adult underwear in the shops and wants to be like mummy and have them. To me they shouldn't be available, and sexualise girls at too young an age.”

To address these concerns Arklu launched their very own brand of dolls called Lottie™ in August of this year. Since its launch, Lottie™ has won 9 awards in both the USA and UK.

Lottie ™ is a new, innovative fashion doll for girls aged 3- 9. The key point of difference from other fashion dolls is that Lottie’s body is ‘childlike’. Her dimensions (with the exception of her head) are based upon those devised by leading British scientific academics to reflect the average proportions on a nine year old girl. Unlike other fashion dolls, there is no pushing the envelope with adult agendas such as scanty clothes, high heels, jewellery, tattoos or makeup; these are girl dolls intended for girls.

Lottie loves using her imagination and going on adventures, she’s not perfect and she makes mistakes but she learns from them. Lottie is flexible, poseable; indeed she can stand on her own two feet a life skill that is important for girls both big and small. Lottie’s motto is Be Bold Be Brave Be You. Most of all, Lottie™ is super cute and rather lovely.

Lucie Follett, Director and co-founder of Arklu, says “We were initially influenced by research by Dr Margaret Ashwell OBE which concluded that current fashion dolls on the market could promote girls’ insecurity about their body image. We decided to investigate further and look into other concerns that parents have for their young daughters and we fed many of those key points into our doll development. Ultimately, we wanted to create a doll that is fun, but one that provides a refreshing alternative”.

Arklu is a young and innovative award-winning British toy company based in London, with the dynamic team of Lucie Follett and Ian Harkin at the helm.
For more information please visit: www.lottie.com
For information, hi res photos, interviews and sample requests, please contact Arklu press@arklu.com
Tel 077200 59532

I welcome this venture which will enable parents to provide their kids with dolls created with positive body image in mind, and the message that it’s not all about looks.
Jo Swinson MP
Co-founder of the Campaign for Body Confidence

It's great to see a doll for this age range who is appropriate in terms of body shape and clothing, and who looks active and fun!
Nicky Hutchinson and Chris Calland
Authors of “Body Image in the Primary School”

I applaud the celebration of ‘childhood’ and the associated activity and creativity which ‘Lottie’ dolls provide; so often this stage is seen as an uninteresting and there is too much pressure to hurry into glamour and sexualisation. It is time we valued girls and their true interests again and ‘Lottie’ dolls and their accessories allow an attractive focus for this satisfying type of play.
Dr Brenda Todd
Senior Lecturer - Developmental Psychology
City University London

US QUOTES: WE HAVE BEEN GIVEN PERMISSION TO USE THE FOLLOWING
Dolls may act as a thermostat for the sexualization of young girls in U.S. society. On the heels of 20th century criticism of the anatomically questionable Barbie doll came the 21st century Bratz doll—an adolescent-figured doll modelling sexy clothing and make-up on huge eyes and plump lips.

SURVEY CASE STUDIES FOR INTERVIEW
We can offer 3 case studies for telephone interview to expand upon their survey answers below.
Lynn K. (Dublin – one daughter aged 3)
What are your concerns for your daughter, specifically compared to boys of the same age?
She sees kiddie versions of adult underwear in the shops and wants to be like mummy and have them. To me they shouldn't be available, and sexualise girls at too young an age.

Kellie W. (Dublin – one daughter aged 3)
Has your daughter ever commented about her/friend's weight or being fat/wanted to go on a diet? If so, please can you indicate her age when she said this.
When she was 2 she could show and tell way a fat belly and skinny belly was , by sticking/sucking belly in and out :-(

What are your concerns for your daughter, specifically compared to boys of the same age?
The future and how the media influence so many children to be blonde skinny and wear loads of make up just to be pretty !!!

P.Fitz (Dublin – daughter aged 7)
My daughter once pointed to a small photo of Jordan looking rather more bronzed and busty than would be natural and said 'I want to look like that.'....I nearly died! (she was 6 at the time)”