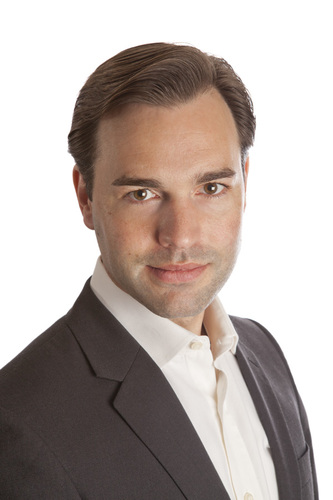 rapid expansion both in the UK and across EMEA

LONDON, UK, Wednesday 5th December, 2012 -- CipherCloud, the leader in cloud information protection, today announced that it has opened its European headquarters in London, with plans for rapid expansion both in the UK and across EMEA.

Founded in 2010, CipherCloud has grown extremely rapidly and is on target to achieve 500 per cent year on year growth worldwide. The company is now protecting more than 1.2 million cloud application users, with over 100 million customer records for over 40 enterprise-scale customers across eight countries. Top organisations in banking, insurance, healthcare, government and high-tech sectors are using CipherCloud to protect their sensitive information in the cloud.

The strong demand for CipherCloud’s portfolio, which provides cloud encryption and tokenisation gateways, has been driven by the increase in cloud application adoption. CipherCloud enables organisations to securely adopt cloud applications by eliminating concerns about data privacy, residency, security, and regulatory compliance.

“Cloud applications are experiencing explosive growth,” said Pravin Kothari, CEO, CipherCloud. “With our solution enabling organisations to securely protect their information and retain full control over it, we are also growing extremely fast. We are expecting growth in Europe to reach 20 per cent of our annual turnover in 2013.”

According to CipherCloud Regional Director, Richard Olver, “CipherCloud has come a long way in just two years. The establishment of a dedicated European headquarters is recognition of the phenomenal growth we’ve achieved in a very short time. We look forward to helping organisations in Europe adopt cloud applications, while ensuring that their sensitive information is fully protected and all government guidelines from the EU Data Protection Reform and the UK Information Commissioner’s office are complied with.”

“There is a tremendous opportunity for European organisations to adopt the cloud to drive their business”, said Paul Simmonds, Co-founder and Board Member, Jericho Forum, “In doing so though, organisations need to understand that they are solely responsible for how that information is used and protected. CipherCloud helps organisations ensure that protection.”

• CipherCloud’s cloud information protection technology fully supports Software-as-a-Service (SaaS), Platform-as-a-Service (PaaS) and Infrastructure-as-a-Service (IaaS) solutions. The CipherCloud secures sensitive data in real time, before it is sent to the cloud, without requiring any changes to the cloud application. Companies have control over the security of their data in the cloud (rather than relying on the cloud provider), reducing the cost of securing the cloud by as much as 30 per cent.
• The CipherCloud technology secures popular cloud applications including Salesforce, Force.com, Chatter, Google Gmail, Microsoft® Office 365, and Amazon AWS, and has customers in the US, Canada, Europe, the Middle East and Asia-Pacific.
• CipherCloud’s vision has attracted investment from premier venture capital firms including Andreessen Horowitz (Facebook, Twitter, Groupon, Skype, and Zynga), Index Ventures, and T-Venture, the VC investment arm of Deutsche Telekom.