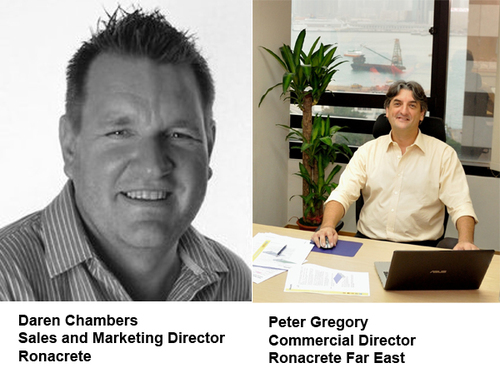 Daren is key to our bold five year plan of growth and progression, building on the many successes of his tenure

International construction product manufacturer Ronacrete has promoted Daren Chambers to the role of Sales and Marketing Director. Daren has been working for the company since 2007 starting out as Marketing Manager and progressing quickly to UK Sales and Marketing Manager. Daren has over 20 years experience in sales and marketing starting his career in the jewellery industry before spending 10 years working with major corporate industry brands at senior level.

“During the five years Daren has been with Ronacrete he has remoulded the company’s commercial focus and branding, streamlined the product ranges and launched Ronacrete’s best selling resin bound and bonded surfacing range. Daren is key to our bold five year plan of growth and progression, building on the many successes of his tenure and of the Company’s first 43 years in business. This promotion is a reflection of Daren’s achievements and efforts on Ronacrete’s behalf.”

Peter has been working for Ronacrete in the Far East since 1998. Initially he was employed in the area of production quality control and wrote Ronacrete’s first quality control manual, as a result he was instrumental in the company achieving its first successful auditing and certification to ISO 9001.

Peter went on to write both the quality manual and the environmental manual covering Ronacrete’s operations in China, following which he successfully guided the company through its auditing to achieve certification to ISO 9001 and ISO 14001.

Subsequently Peter was instrumental in the setting up and management of the operations in China taking a leading role in R&D, quality, operations, marketing and technical support

“I am delighted to welcome Peter to the Board of Directors in the Far East. Peter has played a key role in the development of our Far East operation for over a decade and his promotion is well deserved.”