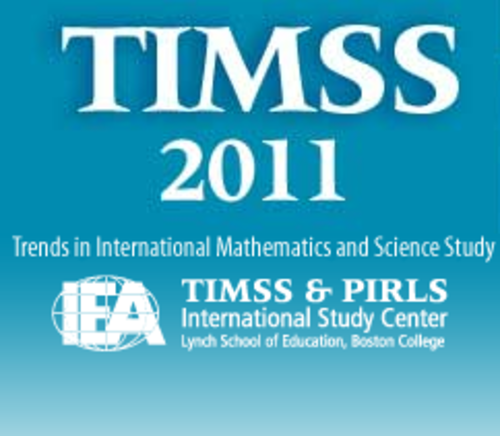 Published yesterday, the latest “Trends in In International Maths and Study” (TIMMS)concludes that parents are to blame for under achievement of their children in Maths. The report states on page 194, paragraph 3:

“A composite variable of seven home activities – being read to, going to the library, playing with numbers, painting and drawing, being taught letters, being taught numbers, and songs/poems/rhymes - had greater predictive power for literacy and numeracy achievement than any other variables studied, including socio-economic status, parents’ education, and household income”

And in their opening summary to Chapter 4, page 173, entitled: Home Environment Support for Mathematics Achievement, the highly respected report concludes:

“The importance of an early start in school was related to higher mathematics achievement in TIMSS 2011. Fourth grade students had higher mathematics achievement if their parents reported that they often engaged in early numeracy activities with their children, that their children attended preschool, and that they started school able to do early numeracy tasks. Home resources for learning and high expectation were related to higher average achievement at the fourth and eighth grades.”

And in a country like the UK where, year in year out, the split between children who achieve an acceptable competancy in Maths (Grade C at GCSE) and those who don't is about 50:50, the report has the following observation in Chapter 4, page 195:

David Clancy, creator of the 12 wonderful theMultiples characters which he has put on his unique Times Table plates, bowls, beakers for the home and for schools says:

“The aim is to nudge your child into being confident in being curious, into talking about things, into asking questions, into believing that anything is possible in this still largely unknown, and as Professor ONE Hoot from Berlin often says, “this astonishingly magical universe in which we live”.

Parents must be careful not to push because that creates fear, and fear is toxic to learning. But it is crystal clear from the report that the right sort of background parental support is the key variable and predictor in student's early and ultimate success at school - and it's not about how much money you have.”

This Year's No.1 Christmas Present: Your Time! http://www.youtube.com/watch?v=tQEZonAarE8