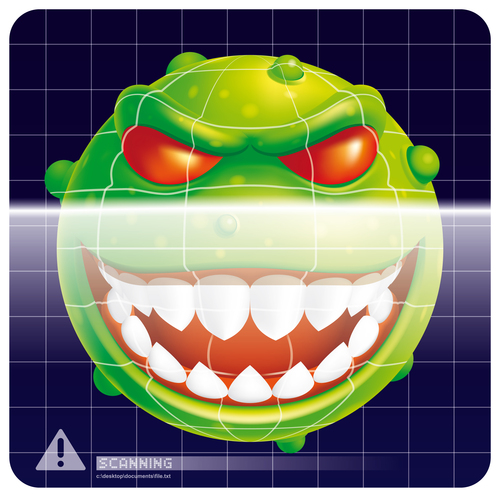 SQS Software Quality Systems, the world’s leading specialist in software quality, has compiled a list of the worst software failures over the past 12 months.

Stephen Fice, CEO of SQS in UK, Ireland, India & South Africa, comments: “This is the third year we’ve asked SQS consultants to vote on their top ten software bugs and the results demonstrate that software failures continue to affect businesses and consumers. While businesses lose out financially and suffer reputational damage, in almost every case, software bugs cause stress and inconvenience to consumers.”

This year’s annual survey is based on major software failures throughout 2012 and highlights the continuing problems faced by the financial and banking sector, which have dominated the software glitch top ten lists over the past three years. In the 2012 survey, financial services software glitches represent five of the top ten. Legacy systems in banks and trading firms are not being updated or replaced due to financial constraints and this is one major cause of failure.

“Each of these 2012 software failures could easily have been avoided through an effective quality management strategy identifying and resolving potential glitches before they appear,” Stephen Fice concluded.

1. Software glitch costs trading firm $440million in 45 minutes
A trading firm’s newly-installed software resulted in a $440 million loss after it rapidly bought and sold large volumes of over a hundred different stocks in 45 minutes using a flawed software algorithm that bought the shares at market price then sold at the bid price - instantly losing a few cents on each trade. The rapid trades pushed the price of the stocks up, resulting in spectacular losses for the trading firm when it had to sell the overvalued stocks back into the market at a lower price.

2. Leading securities markets’ operator
A stock trading business launching its initial public offering on its own trading system was forced to withdraw its IPO after an embarrassing computer glitch caused a serious technical failure on its own exchange. A system problem occurred as soon as the exchange tried to open the ticker symbol of the stock, failing to roll into a continuous trading pattern as it was supposed to, halting the trading on the stock before it had even started trading.

3. Stock Exchange IPO trading of social media giant falls flat
Technology problems affected trading in millions of shares of a popular social media website, after software glitches caused a malfunction in the trading system’s design for processing orders and cancellations, meaning orders were processed incorrectly, if at all. Trades in as many as 30 million shares were affected by the glitch.

4. US elections’ vote glitch sees nomination problems
Computer problems drew complaints across the US during the 2012 elections, with numerous problems with voting machine glitches reported by voters. An example was touchscreen errors automatically changing the vote from one candidate to another and not allowing voters to reselect or correct the error.

5. Airline’s software glitch strands travellers for the third time
For the third time in 2012, a computer glitch wreaked havoc on thousands of travellers with a US airline, delaying flights for hours. A glitch in the dispatch system software resulted in hundreds of delayed flights across the US and internationally. The two hour outage held up 636 of the 5,679 scheduled flights and resulted in 10 flights being cancelled altogether.

8. Gambler loses winnings to computer virus
A gambler, who was under the impression he’d won just over $1 million, was told by a High Court that, despite his anticipated windfall showing in the online game he had played, he was not a millionaire after all. A software error mistakenly reported his winnings as much higher than they actually were and, due to this contingency being covered in the game’s terms and conditions, he could not legally claim his anticipated prize.

* All $ figures are US Dollars unless otherwise stated.

For more information on SQS and its services, please visit http://www.sqs.com.

SQS is the world’s leading specialist in software quality. This position stems from 30 years of successful consultancy operation. SQS consultants provide solutions for all aspects of quality throughout the whole software product lifecycle driven by a standardised methodology and deep experience in various industries. Headquartered in Cologne, Germany, the company employs approximately 2,200 staff. Along with a strong presence in Germany and the UK, SQS has further subsidiaries in Egypt, Finland, France, India, Ireland, the Netherlands, Norway, Austria, Sweden, Switzerland, South Africa and the US. In addition, SQS maintains a minority stake in a company in Portugal. In 2011, SQS generated revenues of 189.1 million Euros.

SQS is the first German company to have a primary listing on the AIM (Alternative Investment Market) in London. In addition, SQS shares are also traded on the open market of the German Stock Exchange in Frankfurt am Main.

With over 7,000 completed projects under its belt, SQS has a strong client base, including half of the DAX 30, nearly a third of the STOXX 50 and 20 per cent of the FTSE 100 companies. These include, among others, Allianz, Beazley, BP, Centrica, Daimler, Deutsche Post, Generali, JP Morgan, Meteor, Reuters and Volkswagen as well as companies from every other conceivable industry.