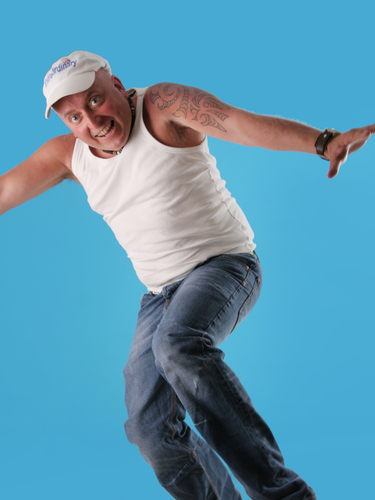 The book’s called PREDICATION 2012 because this is the starting point for a potential shift in human consciousness.

Overcoming fear by using your mind to create the world you want is the main message in Richard Barker’s novel PREDICATION 2012.

PREDICATION 2012 mixes quantum physics with fantasy and metaphor to describe the situation we face in the world as the December solstice draws near.

Richard Barker said, “The book’s called PREDICATION 2012 because this is the starting point for a potential shift in human consciousness.”. He added, “And no, I’m not banking on abrupt end to the world.”

It was inspired by the Mayan end date, which coincides with the 26,000 year cycle of the Sun as it rises to conjunct the intersection of the Milky Way and the plane of the ecliptic on December 21 this year.

The book takes a group of mismatched characters and pits them against life in the more run-down suburbs of Birmingham. The novel's unlikely heroine is known as ‘Just Jean’ – she has a low opinion of herself at the outset of the book but, in the course of discovering her heritage, becomes embroiled in a race to save humanity.

Overcoming a violent childhood, wild pranks at school and life mistakes of a bigger order, Jean has become Hygiene Director for the new Science Block at the local University. Along the way, she raised a daughter, who renamed herself Ocean on graduating from university. Heading the Murray Institute is an American professor who won a Nobel Prize for his work on telepathy

Like many other women in the early 40s, Jean’s nights now revolve around the TV while her weekend is spent partying around the clock. But did Professor Ethan Murray, new director of the Science Block to Birmingham, have something else in mind when he told the university to hire Jean?

“Surely,” Jean ponders as she snoops around Professor Murray’s office, “a Nobel Prize winner could choose a more illustrious post? Why not a post in Paris, New York or even London?"

Here, the book metamorphoses into a sci-fi thriller.

There are moments of zany comedy pitted against others of knuckle-whitening tension as the narrative hurls the reader into a race against time to turn the tables on a charismatic stranger who is building an ‘Oasis’ for the wealthy and the ‘lucky’ at an as yet unknown destination in the Middle East.

PREDICATION 2012 poses ethical dilemmas, such as the temptations of’ living the material dream’. It also decimates your sanity by throwing in camp twists, such as the preferred attire at a Gay Mardi Gras in LA. Then it blows your pants off with an immensely efficient recycling order, using humanity in ways that not even Hitler had thought of.

The book borrows from the latest research on quantum physics, science and ecology; including geological ice core drills that show 120,000 years of cyclical weather conditions. How puny our history books are in this light. Even if we have not actually created global warming, we have created an awful mess an Earth.

Even more compelling is the idea that The Shift – as many call it - has already begun. Can we raise our vibrations sufficiently to escape disaster?

Consider how you, personally, would respond to the opportunity of experiencing alternative lives and times to the one you presently live – merely with a flick of the imagination. You might meet up with charming aliens or, perhaps, even find out that you are an alien.

Imagine earthquakes of a major new order fuelling floods, tsunami and chaos. How would you deal with a new snow age? Could you help counter-balance the terrifying prospects of a world in total crisis?

Richard Barker, author of PREDICATION 2012, said: “The book marks the end of a five-year journey that began with the implosion my personal life. The events and characters in it are mainly fictional but they could not have existed – even in the realm of fantasy – without the experience of a little boy with blue eyes and blonde hair.”

Born dyslexic, Richard says, “I didn’t have any ambition to become an author but happened upon the idea of writing when I found how expressive and rich language can be. I believe there's a better way to live and that's why I wrote the novel.”

The book was first published quietly in January this year and a final edit is presently being done. It is experimental because it does something editors have not been able to do in the past: the material can be changed as new information comes to hand, allowing factual elements of the story to be updated.

“The new version,” he said, will take information now emerging about the meaning of the Mayan end date and the need for all of us to take a step forward – with Earth – from the third dimension to the fifth dimension.

“The times we’re living through could be regarded as a rebirth of the world: we must each decide how we would prefer to go forward instead of simply ‘following the leader’ like hypnotised sheep.”

Vivienne DuBourdieu is consulting editor on the project, Harry Grindrod is an editor and Bobby Grindrod illustrated the cover. A crucial contribution came from Professor Alan Barker, formerly Head of Organic Chemistry at Birmingham University.

Published by www.amazon.co.uk on Kindle and in Paperback
Free podcasts on iTunes: search ‘PREDICATION 2012’ in the iTunes store

Contact Richard Barker on 07572 313 975 or at info@predication.info
For book reviews and other information, please visit: www.predication2012.com
Twitter feed at https://twitter.com/Predication2011