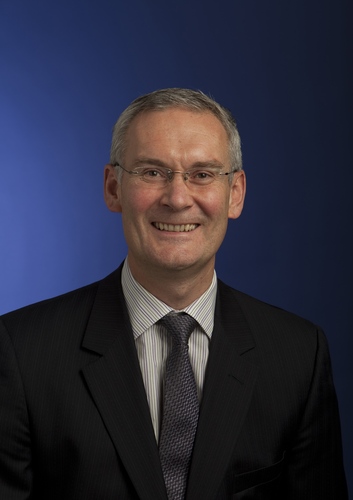 A new member has been appointed to the KPMG/Ipsos Retail Think Tank (RTT) following the departure of Helen Dickinson who left her position at KPMG in November to join the British Retail Consortium as Director General. David McCorquodale is UK head of retail at KPMG and is responsible for leading and developing the firm's retail practice in the UK.

David has been with KPMG since 1984 and was one of the founders of KPMG’s corporate finance business, advising listed and private companies on divestitures, acquisitions and fund raisings. He also leads KPMG’s European retail transactions and restructuring practice and has advised on numerous high profile retail transactions, including the sales of Card Factory, Dreams, Peacocks, Blacks Leisure and JJB Sports.

David McCorquodale said: “I am delighted to join the RTT, which has a strong reputation for providing insight into the pertinent issues facing the retail sector today. Retailers are servicing a consumer that does not have the confidence to spend like they did five years ago. In addition, they are having to tackle many other challenges in an increasingly competitive environment - from the pressures to reduce their store portfolio to the ongoing need to invest in a multichannel infrastructure. I look forward to working with the RTT members to debate the issues troubling retailers and suggesting steps they can take to resolve them.”

Commenting on David’s appointment, Dr Tim Denison, Head of Retail Intelligence at Ipsos Retail Performance and co-founder of the Retail Think Tank, says: “These are challenging times for British retailing and there has never been a more important time in the short history of the KPMG-Ipsos Retail Think Tank to provide considered and authoritative commentary and thought leadership on the UK retail sector. I’m delighted that David has been appointed to the RTT. His experience and knowledge will be a great asset. I would also like to thank Helen Dickinson, co-founder of the RTT for her vision, enthusiasm and hard work in making the RTT the respected body it is today and wish her well as the next Director General of the British Retail Consortium (BRC).”

KPMG is an associate member of the BRC and David works closely with the BRC in a number of areas including the analysis, sponsorship and administration of the BRC-KPMG Retail Sales Monitor. He is regularly quoted in the trade and national media on retail sales trends and other key issues affecting the sector.

Members of the RTT are: