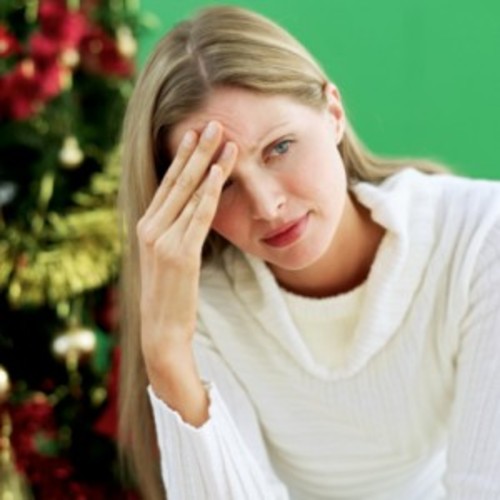 we’ve also discovered that once women are active on Undercover Lovers, they’re likely to behave more promiscuously than their male counterparts

UndercoverLovers.com spokesperson and adultery expert Emily Pope says: “We experience a huge surge in new registrations on Undercover Lovers immediately after every Christmas however this is the first year in which more women than men have joined the site in this period.“

Emily Pope comments: “The run up to Christmas is hugely stressful and typically the bulk of responsibility for ensuring a happy and successful festive season falls on the shoulders of wives and mothers. If come Christmas Day, it doesn’t match up to expectations or if exhausted wives feel that their huge effort has not been appreciated, it is understandable that many are seeking attention and approval elsewhere.”

She continues: “When we launched Undercover Lovers three years ago we had approximately 7 men joining for every 3 women. Since then however the gender ratio of our membership has been moving progressively towards parity. If the trend of the past week continues into 2013 we could soon reach the point where ladies outnumber the gents using the site, which would finally put paid to the preconception that men are intrinsically more adulterous than women.”

The UndercoverLovers.com figures reflect an increasing social trend, borne out by many recent academic studies, of more married women seeking affairs. Emily Pope observes: “Traditionally we believed that a woman who had an affair was looking for emotional fulfilment, whereas men were looking for sex. But that's outdated. Today’s women are more independent, feel more powerful and have a greater sense of entitlement than previous generations. Increasing numbers of them are enjoying what they perceive to be no-strings flings. They have no desire to end their marriages. Instead they are searching for sexual and emotional variety in an otherwise humdrum routine.”

Undercover Lovers have also noted significant differences in the way the sexes use their website. Emily Pope explains: “We know from previous research that women reflect for far longer before taking the huge decision to join the site and, once they do, are initially more tentative in selecting and communicating with potential affair partners. Men are more impulsive by nature and tend to jump straight into the fray. However we’ve also discovered that once women are active on Undercover Lovers, they’re likely to behave more promiscuously than their male counterparts. Our Adultery Survey 2012 revealed that our female members have had 2.3 illicit lovers on average compared to the 1.8 affair partners of men on the site.


About UndercoverLovers.com
Undercover Lovers is the UK’s foremost extra-marital dating agency with over 690,000 members, representing almost 2% of the UK’s entire married population. The site was created to provide a safe, discreet and non-judgmental environment, where married women and men can meet.

Undercover Lovers retain a stack of statistics on adultery and related subjects and are happy to share this information with interested journalists. We have experienced media representatives available to contribute to discussions on the subject, as well as female and male members willing to talk openly about their experiences on and off the site.