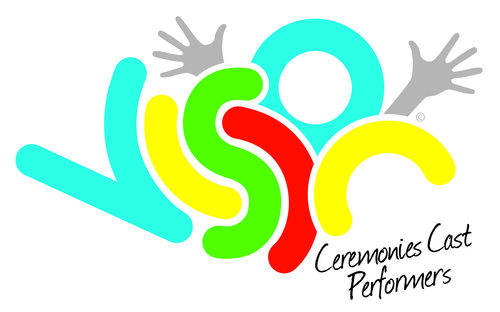 Some out of the many thousands of people who took part in the four London 2012 Opening and Closing Ceremonies have decided to capitalise on their volunteering and performing experience and continue the legacy by writing and recording a charity single for SportsAid. The hope is that this inspirational song will remind the public of the Olympic feel-good factor and that sales will raise substantial funds to help finance the athletes of the future. Rehearsals are under-way, but the group are now seeking offers of a regular rehearsal space, and backing and sponsorship to record the single.

THE IDEA!
Returning from the Athlete’s Parade and an all night celebration following the Paralympics Closing Ceremony, Phil Scotton one of the thousands of individuals who gave their time during the summer of 2012, had a flash of inspiration. Emotionally stirred and motivated by the whole overwhelming experience, and never having written before in his life, he put pen to paper on the train home and wrote the lyrics for what has now become a stirring song entitled ‘Keep the Flame Alive’.

THE PLAN!
A tentative request for willing participants to work on a charity single posted in a Ceremonies Cast group on Facebook, resulted in a flood of volunteers interested in continuing their ‘2012’ experience.

THE PEOPLE!
This 130 strong group, appropriately entitled Vision split into singers, dancers and musicians. Volunteer, Mark Champion wrote the music, while others arranged the score, devised the harmonies and put together the choreography.

THE PROMISE!
Phil, together with fellow organiser Sara Ashlea and other group members, recently approached Mayor Boris Johnson to seek his support and on 12th December 2012 Boris made a pledge at Mayor’s Question Time in Stratford Town Hall, to support the venture and to perform a cameo role in the song.

Phil says; “I aim to keep the legacy of the Olympics and Paralympics going and to show that if you have the determination anything can be done. This is my dream and the reason I called the group ‘Vision’. My Mum passed away last year before the games and never watched me perform – so I’ve dedicated this song to her!”

Who are, and what is Vision?

• A group of people who volunteered as ceremonies performers and games-makers during the London 2012 Olympic and Paralympics Games.
• Until the 2012 games many had never danced, drummed or sung in their lives.
• All participants are volunteers.
• The project is totally unfunded.
• The performers are donating their time to take forward the legacy of the Olympics and Paralympics.
• The name was chosen by songwriter and group founder Phil Scotton.
• Phil is assisted in his endeavours by co-organiser & administrator Sara Ashlea.
• The song is called ‘Keep the Flame Alive’.
• The words are written by Phil Scotton.
• Music and arrangement by Mark Champion.
• In the spirit of true co-operation other roles such as choirmaster, choreographer, band leader, photographer, production, PR and promotion are all undertaken by fellow Olympic/Paralympics ceremonies cast volunteers.
• As well as raising funds for SportsAid they wish to continue the legacy of the games and prove that whatever shape, size, or age, whether physically challenged or able-bodied – anything is possible!

For interviews with Phil Scotton or Sara Ashlea, or behind the scenes access to the group rehearsals: