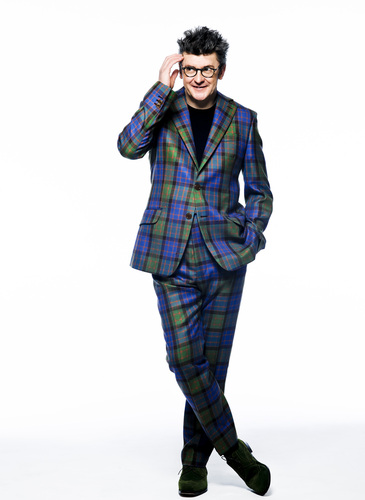 Fans of comedian Joe Pasquale, who has been mesmerizing DANCING ON ICE viewers with his valiant attempts to improve his ice-skating skills, will be delighted to learn that they will have a chance to see Joe return to his comedy roots in August when he will be treading the boards, not the ice with THE JOE PASQUALE SUMMER 2013 TOUR.

The man who was crowned ‘King of the Jungle’ in 2004 has yet again won the hearts of TV viewers with his efforts to hone his ice dancing skills. Joe’s ice-skating experience has not been without difficulty “wearing a jock strap for the first time has made me feel as though my bum has been done up in a boot lace!” remarked Joe when discussing his DANCING ON ICE journey! Added to which Joe’s bunion which almost forced him to quit the show and has now been nicknamed ‘Barry’ has been attempting to steal the limelight, forcing Joe to have a special hole cut out of his ice-skating boot to accommodate ‘Barry’.

Described by one DANCING ON ICE judge as “having no skating ability whatsoever”, Joe Pasquale continues to garner the support of loyal ITV viewers who show their affection on a weekly basis by voting for the man described as a ‘national treasure’ by fellow comic Jason Manford .

THE JOE PASQUALE SUMMER 2013 TOUR, which starts on 1 August will run through 26 August and will include 16 live shows. Audiences will be able to see Joe Pasquale pirouette through puns, leap through laughs, slide into songs, then gasp at his amazing double gusset, see his skates, including ‘Barry’s’ special hole and other favourite fish! And as Joe says “You won't get a frosty reception, and that's snow joke (see what I did there?)”

Never one to turn down a challenge Joe Pasquale tackled the task of learning to skate head on and is surviving to tell the tale! When Joe was crowned King of the Jungle in 2004’s I’m A Celebrity Get Me Out of Here he overcame his fear of flying and went on to qualify as a pilot. He continued to seek out new challenges, competing in the Virgin London Marathon in 2011 and is currently studying for a degree in Geoscience. An all-round ‘action man’, there is never a dull moment in the life of Joe Pasquale.

With regular theatre tours - The Producers, last year’s Doctor in the House and this year’s Ha Ha Holmes as well as stints in Panto, The Joe Pasquale Summer 2013 Tour will be the only chance this year to indulge in the complete madness and mayhem that is synonymous with Joe Pasquale’s stand-up tours – make sure you don’t miss out and book now!!