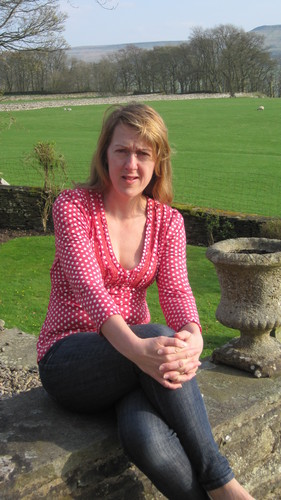 Yorkshire mums, Jo Haigh and Sophie Charlesworth, living under 40 miles apart, have never met though for both, Mother’s Day is a bittersweet day

Yorkshire mums, Jo Haigh and Sophie Charlesworth, living under 40 miles apart, have never met though for both, Mother’s Day is a bittersweet day

Seven year old Eddy Haigh is a strapping young lad, who is thriving at school, fit and active.

But his story could have been so different. When Eddy was born in Sheffield on Mother’s Day (March 6th) in 2005, he suffered from the little-known disease which affects the lives of hundreds of babies each year, group B Streptococcus (GBS) and the most common cause of life-threatening infections in newborns.

Eddy picked up group B Strep infection (GBS) during labour and it was not detected until he became ill shortly after birth; Eddy was moved to intensive care for tests and in a few days the antibiotics he needed to fight the infection, began to work.

His mother, Jo, did not know she was a carrier of group B Strep (GBS) and had she been routinely tested at between 35 and 37 weeks, Eddy’s trauma could have been avoided.

Mother’s Day is meant to be a joyous celebration; of the home and all that your mother does for you. It is Sophie Charlesworth’s first Mother’s Day with her little daughter who was born last July, having sadly lost her son Jake to group B Strep on Mother’s Day in 2011. Jake arrived three weeks early and was a healthy 7lb and 11oz. But after just ten minutes, he started to grunt, a symptom of group B Strep after birth and was whisked into special care. He became very poorly and shortly after, tragically died. Jake had developed group B Strep infection.

“Jake would still be alive if I had known about group B Strep,” says Sophie, “it is fairly common and preventable with antibiotics.”

Group B Streptococcus is a bacterium that is carried by 1 in 4 pregnant women – it is usually harmless. It can be passed from the mother to her baby around birth but, without preventative medicine, an estimated 1 out of every 300 babies born to women carrying GBS would become seriously ill – without preventative medicine, approximately 700 sick babies a year – of whom 75 babies would die and another 40 would suffer serious on-going health issues. Although many western countries offer pregnant women testing for this, we don’t in the UK.

Other countries have seen their incidence of group B Strep infection in newborns fall dramatically – in the US1 by 80% - while the incidence in the UK has increased by 23% between 20032 and 20113.

National charity, Group B Strep Support is calling on the Government to ensure better awareness and better prevention of life-threatening group B Strep infections in newborn babies. At present, the recognised ‘gold standard’ for testing4 for group B Strep in pregnancy is rarely available on the NHS. For both the Haighs and Charlesworths, their babies’ group B Strep infections could have been prevented if only testing had been routinely available.
.
Group B Strep Support Chief Executive, Jane Plumb MBE, whose middle child died from GBS infection, says, “Every mother-to-be should be informed about group B Strep during her antenatal care and, if she or her health professionals want her to be tested for it in pregnancy, the ‘gold standard’ test should be available on the NHS. The Royal College of Obstetricians and Gynaecologists’ risk-based guideline5 introduced in 2003 have not resulted in the falls in incidence all had hoped for. Being able to test pregnant women for group B Strep within the NHS will I believe make a significant impact on the numbers of babies suffering preventable GBS infection, and a 2011 survey6 shows that women want this.”

The ‘gold standard’ test for group B Strep, which poses no risk to the mother or her baby, is available from a handful of NHS hospitals and privately at a cost of £35 per test (estimated NHS cost in 2009 of £10.63 per test7). NHS trusts and private laboratories which offer the ‘gold standard’ ECM test are listed at http://www.gbss.org.uk/test.

END
Case Studies: both Mums, Jo Haigh and Sophie Charlesworth, and their families are happy to be interviewed and photographed by the media. Please contact Group B Strep Support for their contact details.
For further information:

Group B Strep Support is asking that:
- Information about group B Strep should be routinely given to all women as part of their antenatal care
- Sensitive testing for group B Strep should be made freely available within the NHS and available at the request of pregnant women and their health professionals
- Antibiotics should be offered intravenously in labour to all mums whose babies are known to be at higher risk of developing GBS infection
- The use of the ‘standard’ test within the NHS for the detection of GBS carriage in pregnancy should cease and vaginal swabs taken from pregnant women should always be tested using a method that offers good sensitivity for GBS dictation.

Editors Notes:
* Group B Strep is a normal bacterium carried by up to 30% of adults. It can be passed from mother to baby around labour. This causes no problems for most babies: for others can be deadly, causing blood infection, pneumonia and meningitis.
* Group B Strep is the most common cause of life threatening infection in newborn babies. In the England, Wales & Northern Ireland, the reported number of these infections has increased from 229 to 281 between 2003 and 2011 (up by 23%) and the rate per 1,000 live births has increased from 0.37 to 0.38 (up by 3%) since the introduction of the Royal College of Obstetricians & Gynaecologists’ 2003 prevention guidelines. These increases come despite the expectation of significant falls in group B Strep infections in newborn babies following the introduction of the Royal College of Obstetricians & Gynaecologists’ 2003 guidelines. Data sourced from annual CDR/Health Protection Reports http://www.hpa.org.uk/Topics/InfectiousDiseases/InfectionsAZ...
* A report on preventable death and disability caused by group B Strep calls for routine screening as incidence continues to rise in newborn babies in the UK was launched by Group B Strep Support at House of Commons event on 28 June 2012 www.gbss.org.uk/filepool/2012_06_28_GBSS_Report.pdf .
* Newborn babies are at higher risk of developing group B Strep infection if there are certain ‘risk factors’ present during the pregnancy, labour and delivery. These are: Mum carrying group B Strep during the current pregnancy, Mum having a urinary tract infection caused by group B Strep during the current pregnancy, a previous sibling having developed group B Strep infection, Mum’s waters breaking more than 18 hours before delivery, labour starting or waters breaking before 37 completed weeks of pregnancy and Mum having a fever in labour.
* ComRes interviewed 1,000 20-35 year old women in the UK online between 28th October and 1st November 2011. Data was weighted to be demographically representative of 20-35 year old women in the UK. The full data tables are available at www.comres.co.uk (http://www.comres.co.uk/).
* A few NHS trusts make sensitive testing for group B Strep available to pregnant women at the request of their health professionals, but most don’t. A number of private medical laboratories do – packs containing the necessary swabs are supplied free, with the postal service for carrying out the test costs around £35. See http://www.gbss.org.uk/test for the availability of sensitive testing following the Health Protection Agency’s B 58 from NHS trust and private laboratories. It has been estimated that the providing the test on the NHS would cost around £10.637 each. Group B Strep Support has no links and receives no money from any laboratory.
* Group B Strep Support provides information and support to families and health professionals affected by group B Strep. It is the UK’s only charity dedicated to the prevention of group B Strep infection in newborn babies and provides comprehensive and reliable information on group B Strep, both printed and online. Group B Strep Support is supported by an independent medical advisory panel http://tinyurl.com/GBSS-MAP.
Research papers:
1Jordan HT, Farley MM, Craig A, Mohle-Boetani J, Harrison LH, Petit S et al. Revisiting the need for vaccine prevention of late-onset neonatal group B streptococcal disease: a multistate, population-based analysis. Pediatr Infect Dis J 2008; 27(12):1057-1064.
2 Commun Dis Rep Wkly [serial online] 2004; 13(16) Bacteraemia. Pyogenic & non-pyogenic Streptococcal bacteraemia, England, Wales & Northern Ireland: 2003. http://www.hpa.org.uk/cdr/archives/2004/cdr1604.pdf
3 Health Protection Agency. Pyogenic and non-pyogenic streptococcal bacteraemia, England, Wales and Northern Ireland: 2011. Health Protection Report 2012; 6(46): Bacteraemia http://www.hpa.org.uk/webc/HPAwebFile/HPAweb_C/1317136996075
4Health Protection Agency (2006). Processing swabs for Group B streptococcal carriage. National Standard Method BS 58.
5Royal College of Obstetrics and Gynaecology. Prevention of Early Onset Neonatal Group B Streptococcal Disease. London: Royal Colllege of Obstetrics and Gynaecology, 2012. Guideline No. 36.
6ComRes- 1,000 interviews were carried out between 28 October and 1 November 2001 of women aged 20-35. www.comres.com.
7Daniels J, Gray J et al. Rapid testing for group B streptococcus during labour: a test accuracy study with evaluation of acceptability and cost-effectivness. Health Tchnol Assess 2009;13(42)

This press release was distributed by ResponseSource Press Release Wire on behalf of Group B Strep Support in the following categories: Health, for more information visit https://pressreleasewire.responsesource.com/about.