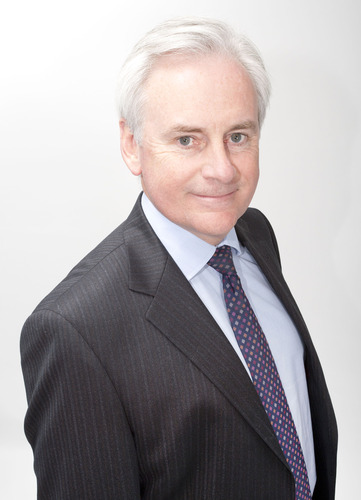 The Portakabin Group, the UK’s leading modular building manufacturer, has announced the appointment of Derek Carter to the role of CEO.

Based at the Group’s international headquarters in York, Derek has taken overall responsibility for all its brands which include Portakabin, Yorkon, Portaloo, Konstructa and Foremans, and its operations in the UK, Ireland, France, Belgium and Holland. He is also a Board Director of the Shepherd Group.

This appointment follows the retirement of Stephen Price after 17 years as Managing Director and then Executive Chairman of the Portakabin Group. Stephen remains as a Non-executive Director of the Shepherd Group.

Commenting on his new role, Derek Carter said, “Coming from a successful background heading up two of the world’s leading leisure marine manufacturers, I am looking forward to taking the Portakabin business to the next stage in its evolution.”

“Portakabin has a fantastic heritage and a long-standing pivotal role in both the UK construction industry and in British manufacturing. It continues to be the pioneer in off-site construction and to break new ground with the speed, scale, complexity, efficiency and sustainability of its building solutions.”

“I have joined an exciting, forward-thinking company which delivers buildings of the highest quality, consistently on time and to budget, in some of the most challenging situations – all of which remain fundamental to this great British brand. We will continue to build on its strength and reputation while growing existing markets and expanding into new markets in Europe and ultimately internationally.”

Portakabin will be increasing its already strong presence and market-leading position in the health, commercial and education sectors and is developing significant opportunities for expansion in areas such as transport, utilities and nuclear.

An accountant by profession, Derek joins Portakabin having spent the past 27 years in the leisure marine sector where he was CEO for two major British manufacturers and exporters. He continues to be active in the CBI and has participated in Government trade missions to the Far East and India, and the CBI’s Manufacturing Council.

Part of the Shepherd Group, Portakabin was established in York more than 50 years ago with its original site accommodation building. It now has state-of-the-art modular manufacturing centres in York and in France, and has a series of market-leading brands which include:

Portakabin has the UK’s largest network of hire centres which provide interim buildings for a wide range of uses, emergency facilities for crisis situations, and it supplied around 600 buildings for the London 2012 Olympic Games.

1. Please let us know if you require any comments about the off-site construction sector, British manufacturing or the Portakabin Group and its activities. We would be happy to set up an interview with the CEO if this is of interest.