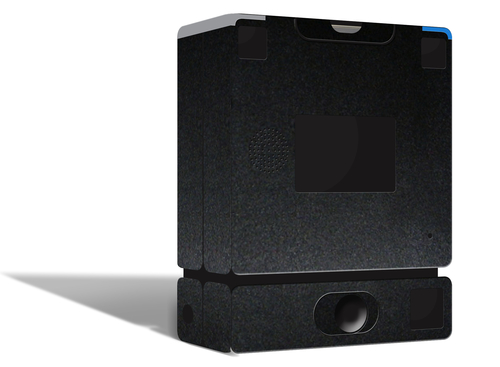 A new fraud-busting telematics insurance product has been launched that turns into an in-car telephone following an accident, providing immediate two-way communication with claims handlers.

But it’s the potential for it to cut down on the number of fraudulent claims that marks the product out from the ever-increasing number of telematics-based policies on the market.

Insurance fraud is reported to add an average of £50 to every motorist's premium, as fake whiplash claims and crash-for-cash scams cost insurers £2.1billion a year.

Gerry Bucke, general manager at Flux, said the ability for claims staff to communicate directly with those involved at the scene of an accident has many benefits.

“It not only speeds up the claims process, but it provides an immediate record of what happened, how many people are involved and allows insurers to speak with the third party at the scene - reducing the opportunity to later fabricate evidence,” he added.

“Staff will also be able to speak with witnesses and possibly even members of the emergency services if they have time, all of which will help to stop issues like ‘ghost’ passengers, where drivers invent extra passengers who all then claim for whiplash injuries.”
The SmartBox technology detects an accident and claims handlers automatically call the handset in the car.

The device also records location and speed and if the phone is unanswered following a collision claims handlers can alert emergency services to the location - potentially helping to save lives.

Unlike other black box systems, the SmartBox neither loads for bad driving nor discounts for good driving, but records the car’s annual mileage and is ideally suited to motorists of all ages who only drive a few thousands miles a year.

The lower the agreed mileage, the lower the premium, with no curfews or expensive additional premiums for driving on busier A-roads.
Mr Bucke said: “Until now, limited mileage policies have typically only been available on classic car insurance, but we feel that those who do fewer miles should pay less, and this device gives insurers the security of knowing that motorists won’t exceed the agreed mileage, leading to cheaper premiums.

“The fact that drivers are less likely to be the victims of fraudsters also allows them to offer reduced premiums.
“One of the concerns about the rash of new telematics products aimed at young drivers is that they can be charged high additional premiums for being on the road after 11pm, which can have its own problems as youngsters rush home to beat the curfew.
“This new product simply charges a fair premium based on the annual mileage driven.”

Technology is playing an increasingly prominent role in reducing insurance fraud, with in-car cameras also able to give a clear picture of road accidents.

“It’s vitally important for the good of the industry and those honest motorists in fraud hotspots that solutions are found, and technology is key in helping to understand very quickly exactly what happens at the scenes of accidents,” he added.
“Reliable information gathered by insurers direct from the scenes of accidents will increasingly help to stamp out fraud.”

For more information contact Matt Ware at Maze Media on 01553 818550 or at matt@mazemedia.co.uk

This press release was distributed by ResponseSource Press Release Wire on behalf of Black Vanilla / To The End Media in the following categories: Motoring, Personal Finance, for more information visit https://pressreleasewire.responsesource.com/about.