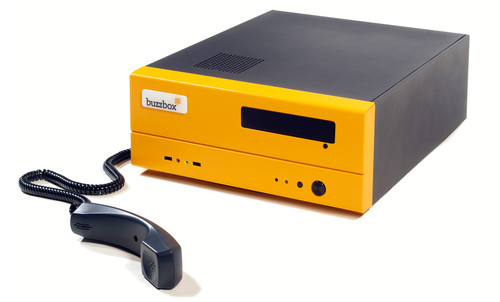 The company buzzbox has introduced a new office telephone system that allows employers to extend their telephone switchboard worldwide so that employees are connected to their desk phone even when they’re out of the office. By allowing staff to carry the office land-line with them on their Android or iPhone, they can be permanently connected to head office with completely free phone calls.

“The land-line has been stuck in the dark ages for years”, says buzzbox founder Stuart Spice. “By marrying the internet with your desk phone, you’re opening up a world of possibilities that drags Alexander Bell’s invention well into the 21st century”.

“It’s not just about making phone calls”, continues Stuart. “Improving staff productivity by allowing them to work from home while being able to track their activity is invaluable in today’s cash strapped climate. You’re cutting costs, improving staff work/life balance plus you can actually see what's going on” he continues.

But the rapid adoption of teleworking needn't mean extra expense, especially given the current economic climate. buzzbox customers have reported savings of over 75% on their phone bills because dialing remote staff on their extension number doesn't cost a penny, regardless of their physical location and international calls cost only a few pence. Because buzzbox uses your broadband connection, there is no line rental either.

buzzbox is already being used by companies with remote staff in South America, India and Europe as well as teleworkers and branch offices based in the UK.