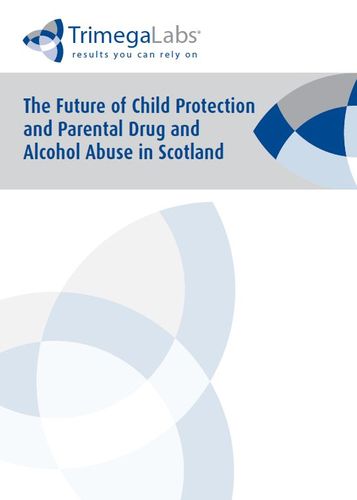 Role of heroin substitute methadone in deaths “signals an alert”.

Role of heroin substitute methadone in deaths “signals an alert”.


The National Drug-Related Deaths Database (NDRDD) last week released new figures that show that 330 children have lost a parent or a parental figure to a drug related death in 2011 compared to 283 the previous year, a rise of nearly 20%. The NDRDD was set up to look at the nature and social circumstances of those whose deaths are linked to drugs. A total of 584 deaths were recorded.

The research also contained the striking data that methadone, a drug used in the treatment of heroin addictions, was implicated in 275 of those deaths, almost half the total.

Dr Kevin Rush, Trimega Laboratories Director of Analytical Services, said “Methadone is generally regarded as a safer drug than heroin, in particular with regards to fatalities. But the fact that it has been related to these fatalities in Scotland signals an alert to the very real dangers on the misuse of the substance. As the report itself points out, more than one drug was present in 97 per cent of the deaths. So further research is required to determine not only why more methadone was found than any other drug in the post mortems of this population, but what the impact of it was to the morbidity in relation to other factors, such as the other drugs.”

Trimega Laboratories organised a Roundtable on parental drug misuse and child protection in Scotland a few weeks ago, held at The Scotsman in Edinburgh. There, Judge Nicholas Crichton explained how his pioneering Family Drug and Alcohol Court in London was trying to tackle drug abuse by providing wider support for affected families. Together with Alex Cole-Hamilton of the Aberlour Children’s charity, and other participants at the event, there are moves to seek Scottish government support to trial a similar scheme in Scotland. Trimega is publishing a White Paper* on the event later this month.

*To reserve an advance copy of the white paper ‘The Future of Child Protection and Parental Drug Abuse in Scotland’ email askus@trimegalabs.com
--ENDS--

Established in London in 2005, Trimega Laboratories is a leader in the development of innovative techniques for testing for substances of abuse. Its core business is laboratory-based analysis of hair samples that provide accurate historical records of alcohol or drugs dependency over a one to 12 month period. In the UK, Trimega’s core clients include: family law specialists, law courts, and social services.

In most cases, urine is the specimen of choice, but recombinant human erythropoietin and related compounds or hormones can be detected in blood. To date, hair is not accepted in doping control, although France passed in 2001 a law allowing biologists to use this matrix to document doping (décret n˚ 2001-35 from 11 January 2001).

The major practical advantage of hair testing compared with urine or blood testing for drugs is that it has a larger surveillance window (weeks to months, depending on the length of the hair shaft, against two to four days for most xenobiotics).

Trimega was also the first to market with dual-marker hair alcohol testing (FAEE and EtG). Dual hair testing provides very accurate results: at its annual conference in March 2011, the Society of Hair Testing (SoHT) confirmed that dual testing on hair for alcohol misuse provides accuracy rates of over 94%, with less than 1% risk of a false positive, and just 5.75% risk of a false negative. The SoHT’s consensus was based on analysis of Trimega’s data set of approximately 2,000 dual hair testing samples, the largest of its kind in the world.

Trimega has won many awards, and most recently was one of 25 companies to represent the UK in the 2011 European Business Awards.