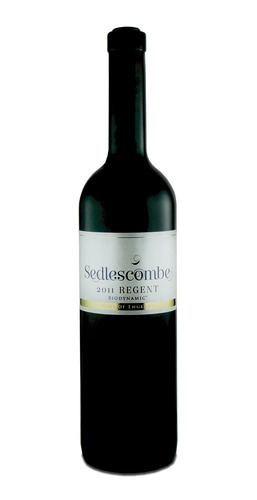 what this result shows is, in a good year, an English red wine can also out perform some other reds even from the big name wine regions of the world.

Sedlescombe, a Sussex based vineyard, has won 2 major medals at the recent ‘International Organic Wine Awards’ contested by wines from 18 countries. Of the 603 wines entered only the 2 award winners were ‘Produce of England’. These were: Sedlescombe Premier Brut 2010 vintage sparkling wine, and Sedlescombe 2011 Regent, an oak-matured red wine – possibly the first English red wine to win acclaim internationally. Both wines won the Silver award in their class.

Under the direction of sensory expert Martin Darting, the 26-member jury of the 4th International Organic Wine Awards evaluated and documented the wines in three days of tastings (6th- 8th June 2013) according to the PAR system.

Proprietor and wine maker Roy Cook said: “It’s well known that English whites and sparkling wines can win awards internationally, but what this result shows is, in a good year, an English red wine can also out perform some other reds even from the big name wine regions of the world.”

The Sedlescombe 2010 vintage Premier Brut with 84 points scored higher than some other sparkling wines from Germany, Italy, and Spain. Premier Brut is a sparkling white wine made using the Traditional (champagne) Method from the grape varieties Seyval Blanc and Johanniter grown at the vineyards managed by proprietors Irma and Roy Cook. A minimum of 18 months ‘on the lees’ is credited in its tasting notes as adding the sought after “toasty flavour” to the wine’s “tangy tropical fruit palate”. (full data & tasting notes available)

These 2 Silver Medal winning wines are also the first examples of English Sparkling wine and English Red wine to be produced according to the standards of the Biodynamic Agricultural Association (BDA), sometimes referred to as ‘gold standard’ organic.

Roy Cook saidd “Both wines were also among the medals in the UK Vineyards Association (UKVA) Wine of the Year competition held 16th June – representing great recognition for our endeavours over thirty years! The Premier Brut gaining ‘Silver’ and the Regent a ‘Highly Commended’.”

Somewhat unusually, but in keeping with the Cook’s eco-philosophy of ‘minimal packaging’ neither bottle has a capsule covering the cork. Instead, the sparkling wine’s visible wire-hood proudly displays the logo associated with the Sedlescombe brand, and the red has a wax covering on the natural cork closure. The Cooks opting for cork rather than screw-top closures as a way of demonstrating support for the unique Portuguese cork forest eco-system and its producers.

Founded in 1979 by Roy and Irma Cook, with Soil Association certification gained in 1982, Sedlescombe Vineyard is England’s oldest and largest organic wine producer. In 2010 Sedlescombe moved to “premium organic” status by becoming the first vineyard in the UK to release a biodynamic English wine, their dry white ‘First Release’.

Agricultural Note: Biodynamics pre-dates organic farming by half a century and is based on a series of lectures given by Rudolf Steiner in the 1920’s. This system of agriculture shuns chemical inputs in the same way that other organic farmers do. In addition it incorporates lunar and cosmic rhythms into the timing of the application of special biodynamic preparations designed to benefit both soil and plants. In France some prestigious estates such as Chateau Margaux and Domaine de la Romainée-Conti are managed biodynamically as are scores of other less well known wine estates. The system is currently enjoying something of a renaissance around the globe, especially among wine growers, as a number of formerly organic vineyards are upgrading to this ‘gold standard’ organic system.