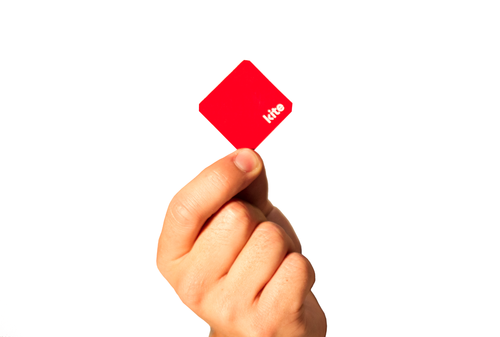 Riverside, CA., July 16, 2013 – ieCrowd, a company which helps transform innovations into solutions to global challenges, today announced details of the Kite Mosquito Patch, a significant advancement in the global fight against mosquito-borne diseases such as malaria, West Nile Virus and Dengue Fever.

Kite’s technology has been developed by Olfactor Laboratories, Inc. (OLI), an ieCrowd company, and is the culmination of over four years of research and three years of development work on a class of non-toxic compounds, all of which are approved for human consumption by the U.S. Food and Drug Administration (FDA).

Malaria remains a devastating public health threat worldwide. Around 3.3 billion* people live in areas where malaria is a real and constant threat. In 2010, there were an estimated 216 million* cases of malaria, of which 655,000 resulted in death, 86 percent of which were children under five years of age. The vast majority of malaria cases, over 91 percent*, occurred in sub-Saharan Africa. Direct costs (for example, illness, treatment, premature death) have been estimated to be at least $12 billion per year. The costs in terms of lost economic growth are many times more.

Original funding for the technology now being developed by OLI came from the Bill and Melinda Gates Foundation and the National Institutes of Health (NIH). OLI received additional funding from the NIH to further develop specific applications that are being used in the Kite platform, and has agreements with both the U.S. Department of Agriculture and the U.S. Walter Reed Army Institute for Research for the testing of a range of OLI technologies relating to mosquito and other vector insects.

The product design for Kite has focused on delivering the repelling compounds in a simple, affordable, and scalable sticker that can be used by individuals for recreation, work, play, and particularly by those in regions hardest-hit by malaria and other mosquito-borne diseases. Each patch is colorful and bright, reflecting designs and colors important to various communities around the world.

“The Kite Mosquito Patch is a breakthrough product using the worldwide discovery of the compounds capable of disrupting mosquitoes’ ability to find us,” said Dr. Michelle Brown, the Chief Scientist and Vice President of OLI. “This isn’t just another mosquito product, but a powerful alternative to most products on the market, enabling people to live normal lives with a new level of protection against contracting mosquito-borne diseases.”

The Kite Mosquito Patch is one of a number of new products within the ‘Kite’ product family, all of which use OLI’s patent-pending, non-toxic compounds to repel, kill, or lure vector insects. Kite platform includes powerful advancements in mosquito lures, non-toxic larvicides, mosquito repellents and bio-pesticides.

“We want this small patch to change peoples’ lives. We’re designing Kite to deliver everyone protection from mosquitoes no matter where they are in the world,” commented Grey Frandsen, project lead and Chief Marketing Officer at ieCrowd. “It will provide a new level of protection for children in Uganda, for young families in South Africa, and hikers in Seattle or Wyoming or Florida seeking a safer, socially-responsible solution. We built Kite to be simple and affordable - a small colorful sticker that will appeal to children and adults and survive the rigors of extreme climates, play time, or outdoor recreation. Kite technology can be a true game-changer.”

Kite Mosquito Patches will be featured on Indiegogo’s crowdfunding site beginning July 16th, at 7.30am EDT. The initial funding goal is $75,000 (£50,000), which will pay for the first Kite Mosquito Patches to be built and tested in districts of Uganda hardest hit by malaria.

ieCrowd has partnered with Pilgrim Africa, an NGO with operations in Uganda, to implement the field test, from which the data will be utilized to complete the manufacturing process and be used to begin scaling production of the Kite Mosquito Patch.

About Olfactor Laboratories, Inc. (OLI): OLI is developing a range of non-toxic compounds that manipulate mosquitoes’ ability to detect humans and other animals. OLI is using its own patent-pending compounds derived from research it acquired from the University of California and that was supported by the Bill and Melinda Gates Foundation and the National Institutes of Health (NIH). OLI has filed three patent applications in the last 18 months, and is currently working with a range of collaborators, including government agencies, international companies, and non-profits, to further develop products capable of reducing or eliminating contact between mosquitoes and humans – and creating significant advances in the war against mosquito-borne diseases. OLI is located in Riverside, CA, and is a subsidiary of ieCrowd. Further information can be found at www.olfactorlabs.com.

About Innovation Economy Crowd (ieCrowd): ieCrowd, located in Riverside, California, is a crowd-powered platform designed to transform innovations into solutions to global challenges. With a philosophy of “Doing Good and Doing Well,” ieCrowd’s mission is to acquire innovative assets and transform them into high-growth businesses powered by passionate entrepreneurs – all with the goal of harnessing the social and economic benefits of building innovative companies capable of enhancing the lives of people around the world. Further information can be found at www.iecrowd.com.