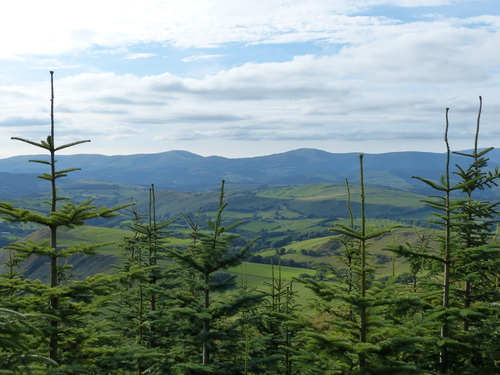 Despite the excellent returns from UK commercial forestry over the past three years, FIM believes that there is no better time to be investing in UK forestry. As evidenced by the IPD Forestry Index, and even before allowing for the significant tax advantages applicable to UK forestry, over three, five and ten year periods the asset class has delivered superior returns to equities, gilts, rural, and commercial property.

A combination of rising timber prices, increased demand for domestically grown sawlog, and improving market conditions for the construction industry has created a positive outlook for UK forestry assets. The market share in domestically produced sawnwood versus imported increased from 28% in 2007 to 41% in 2011. Investors see the prospect of rising timber prices as a potential driver of further value increases.

FIM has acquired GBP 58 million of UK commercial forestry over the last 12 months on behalf of clients, amounting to circa 9,500 hectares. This includes the highest value single forestry acquisition in FIM’s history for a private client, and a geographically diversified portfolio of prime mature forests which were acquired off market for circa GBP 20 million. FIM now manage over 63,000 hectares of commercial forestry in the UK.

FIM’s forestry investment funds are now valued at over GBP 137 million and are fully invested. FIM Forest Fund I LP raised GBP 19.1 million, closing for new subscriptions in March 2013, and the majority of the properties acquired were off market transactions, underlining FIM’s longevity in and knowledge of the commercial forestry market.

Investment in both forestry and renewable energy has grown significantly over the last three years. FIM’s assets under management have increased to over GBP 550 million, enhancing FIM’s status as a leading alternative asset manager. Option for Lease agreements with a combined indicative capacity of circa 1,600MW are being negotiated on client’s land. Each MW of installed capacity generates an average of GBP 10,000 per annum as a minimum rent, so the potential annual revenue stream for clients from these deals is GBP 16 million.

In addition to Option for Lease agreements, FIM currently manages over 102MW across nine on-shore wind farms on behalf of a UK Listed infrastructure fund and private investors in unlisted investment vehicles.

FIM continues to strengthen its team both within its forestry division and its renewable division and has added four new employees over the last six months.

Edward Daniels, Director of FIM commented, “This is an exciting time for FIM as assets under management pass the GBP 550 million milestone, which underlines the effort that team members have put in over the last few years. More and more investors are seeing the benefits of making an investment into UK forestry and renewable energy. Record levels of investment have already been made by the private sector in new energy infrastructure with an estimated GBP 35 billion invested since 2010. It is estimated that a further GBP 110 billion is needed between now and 2020. This places FIM in an excellent position to continue its expansion of assets under management into the foreseeable future.”

FIM will shortly be launching a new forestry investment fund, which will be targeted to take advantage of the increased supply of forestry assets that continue to come to the market. Further details will be released in due course.