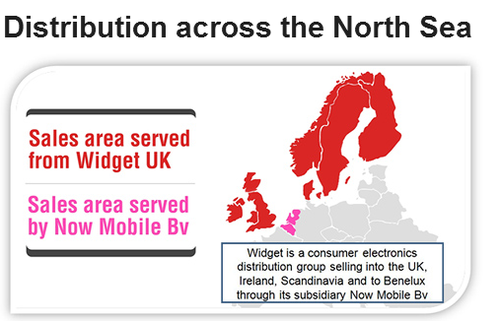 Widget, the trade only consumer electronics distribution group based in Stevenage, England has expanded its distribution network to Scandinavia.

It now supplies key retailers in the region, such as Elkjøp, Expert and Fona and has opened a subsidiary in Denmark, Widget Scandinavia ApS, to facilitate marketing activities in the area.

Mark Needham, Chairman of Widget said “Our rationale is to attack markets which are of a size to make a difference to our sales and coverage for our vendors but which are not so large to stretch our capital base and management time too thinly. Benelux and Scandinavia together should in time double the market we address in the UK.”

Widget has been nominated for the International Business of the Year award at the Hertfordshire Business Awards at the end of November 2013.

Widget UK Ltd distributes a tightly focussed range of products from manufacturers such as TomTom, Fitbit, Orbitsound, and others. Widget UK Ltd sells only to trade, and not directly to the public. Its customers are UK and Scandinavian retailers and resellers, including Dixons Retail’s Currys, PC World, Elkjop and Fona, Tesco, Maplin, Amazon.co.uk, Dabs.com, QVC, Ideal Shopping Direct, Computacenter and SCC. Through Now Mobile BV, Widget distributes to retailers in Netherlands and Belgium.