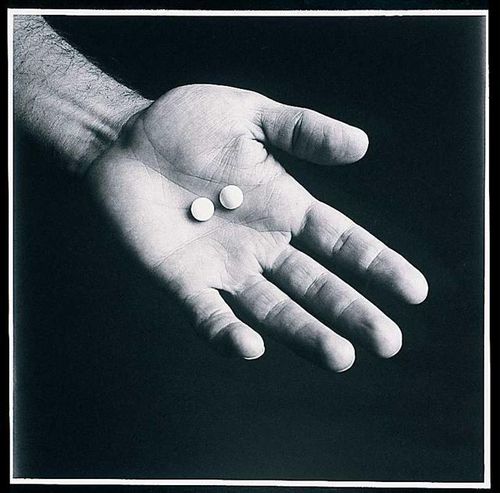 “The new law can’t come in soon enough, but for many, it’s already too late” - ITV’s Tonight programme

ScreenSafe’s Matt Taylor urges fleet operators “Now is the time to prepare your drivers for the changes to the law – help make them risk-aware and implement a policy that includes drug testing before it is tragically ‘too late’. “

Last night's Tonight programme on drug driving highlighted the stark differences between the UK’s outdated approach in comparison with Germany, where roadside tests lead to 30,000 drug-driving prosecutions a year.

In the UK, the law has meant it has been impossible to gauge the significance of drug-driving, where less than a tenth are prosecuted for the offense than in Germany, despite a higher record of reported drug use in this country.
However new laws are being introduced to the UK that start the process of bringing drug-driving legislation more in line with drink-driving.

“Some organisations have already realised the importance of gearing up for those changes” says Matt Taylor, Managing Director of UK’s leading drug and alcohol test provider, ScreenSafe. “Earlier this year the Road Haulage Association announced the launch of RHA Smart Test, with its own dedicated website and 24/7 customer service to provide the ability to cover all aspects of drug and alcohol screening – including policy writing, sample collection, laboratory analysis, training and education.”

ScreenSafe are issuing a white paper next week simply called “PREPARE” aimed at fleet operators to help them get their drivers ready for the new law, outlining the changes and recommending straightforward advice and tips on checking they have the right policy in place.

“A report last year estimated one million workers were taking drugs, so it’s not unreasonable to assume that there will be transport drivers within that figure.” Mr Taylor explains. “There’s no immunity for people from becoming addicted simply because there is a particular health and safety risk to their specific job. Hundreds of airline pilots, doctors, nurses, bikers, train, bus and fleet drivers have been caught with their organisation’s drug and alcohol programme every year.”

Martin Geissler, ITV News correspondent said in the Tonight programme, aired on 14th November, that “We're told a new law will come into effect within a year which will bring drug driving into line with drink driving. In the coming weeks police forces in the UK will be given roadside testing kits to try out.”

Mr Taylor urges fleet operators that “Now is the time to prepare your drivers for the changes to the law – help make them risk-aware and implement a policy that includes drug testing before it is tragically ‘too late’. A well considered, legally correct and properly implemented policies protect not only an employer but also their employees, and provide reassurance that the testing is being carried out legitimately. The RHA Smart Test is an example of a best-practice model that other employers and trade associations should consider, as it provides professional support for their staff with a drug and alcohol policy that places emphasis on health, safety and education.”

The Tonight programme ended with a powerful message, meeting Janice, the mother of a young woman who died after a head-on collision with driver high on drugs: ‘The new law can't come soon enough, but for Janice, and many others like her, it's already far too late.’

Copies of PREPARE are free for people who pre-register: simply download your details here and enter PREPARE in 'enquiries' for a copy to be emailed to you next week on publication day.