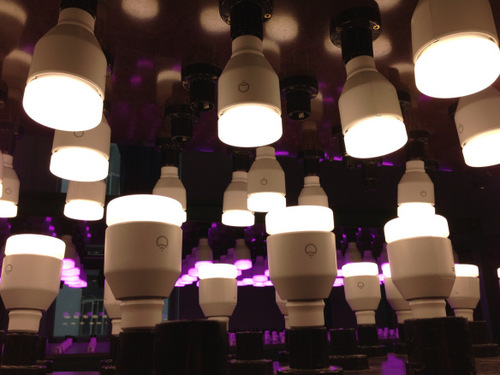 LIFX, the maker of the innovative wifi enabled LED light bulb which achieved one of the most successful Kickstarter launches of all time is bringing its products to the retail market of the UK and Netherlands through Widget, the trade-only consumer electronics distribution group based in Stevenage, England and its Dutch sister company Now Mobile BV.

LIFX has created a Wi-Fi enabled, multi-color, energy efficient LED light bulb that you can control with a smartphone. LIFX gives you up to 16+ million color options at your fingertips.

According to LIFX inventor Phil Bosua, "LIFX is like going from black and white television to full-color HD. Imagine the ability to transform the ambience of your home/workplace by using your smartphone.”

Widget UK and Now Mobile BV are to wholesale the product to carefully selected launch partners including Amazon.co.uk, Currys and Dixons Tax Free in the UK and Mediamarkt and iCentre in the Netherlands.

David Elder Managing Director of Widget, said “Widget aims to bring innovative products to our retail customers and this range of products will help create a new and growing category for our customers in 2014. ”

Bart Hoorntje of Now Mobile added “The response from retailers in the Netherlands has been fantastic and we look forward to rapidly growing sales in our market this year.”

For further information about trade sales

Widget UK Ltd distributes a tightly focussed range of products from manufacturers such as TomTom, Fitbit, Orbitsound, and now Lifx. Widget UK Ltd sells only to trade, and not directly to the public. Its customers are UK and Scandinavian retailers and resellers, including Dixons Retail, Currys, PC World, Elkjop and Fona, Tesco, Maplin, Amazon.co.uk, Dabs.com, QVC, Ideal Shopping Direct, Computacenter and SCC. Through Now Mobile BV, Widget distributes to retailers in Netherlands and Belgium.

LIFX debuted on crowd funding site Kickstarter in September 2012 with backers pledging a total of $1.3m in just six days. Since then LIFX has been featured in the New York Times, Washington Post, The Economist and Mashable and has been regarded as one of the best, new smart home devices.
The team is led by founder and inventor Phil Bosua and backed by a passionate team of developers, engineers, marketing and customer support staff aiming to deliver the best-in-class smart bulb experience. For more information, visit http://www.lifx.co.