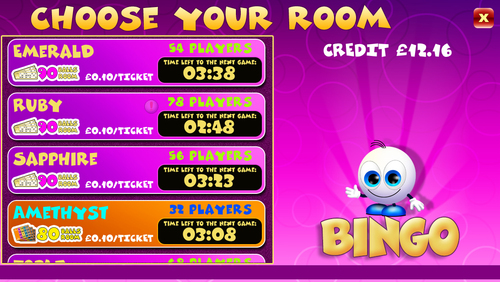 Bingo the Most Popular Game at mFortune

mFortune has revealed that the most downloaded game on its website is bingo.

mFortune Bingo, which won Best mobile bingo at the mGaming awards 2012/2013, is enjoyed by more people than any other game.

Increasingly, statistics reveal that more than half of those playing mFortune Bingo are doing so through a mobile phone or tablet. The increase in mobile gaming is not limited to bingo, with huge numbers of people now playing a mixture of games on mobile devices.

mobile bingo is enormously popular online, nowhere more so than at mFortune, whose game boasts impressive graphics and easy access.

Moreover, mFortune’s games are specifically designed for mobile compatibility which has helped attract a wide variety of players.

Bingo is marginally ahead of European Roulette and the slot machine game Vegas Vegas as the most played at mFortune.

The online casino operator, based in the UK, released the news in the wake of a rise in roulette players on the site.

mFortune Bingo provides loyalty points, two weekly prize draws and a chat feature, all of which are believed to have contributed to its success.

Friendly and informative chat administrators also help add to the convivial atmosphere within the game, something which has attracted new players to the game.

The world’s largest mobile casino, mFortune provide games for mobile, tablet, laptop and PC’s. Their innovative games are developed in-house and are exclusively available to mFortune players.
A free bonus of £5 is available to new bingo players, subject to terms and conditions.

This press release was distributed by ResponseSource Press Release Wire on behalf of Mfortune in the following categories: Leisure & Hobbies, for more information visit https://pressreleasewire.responsesource.com/about.