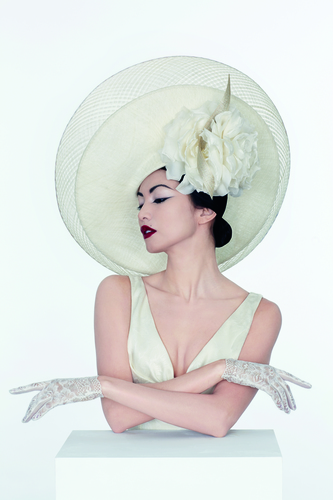 The House of Britannia announces its first investment, agreeing to acquire a majority position in Cornelia James, Glovemakers to Her Majesty The Queen

The House of Britannia, the new British luxury goods investment and management company, has announced that it is to acquire a majority stake in Cornelia James Limited, Royal Warrant holders to Her Majesty the Queen for Gloves.

Managing Director Simon Petherick said: 'I have been an admirer of Cornelia James for many years. Their combination of elegance, glamour and romance has enormous potential to develop as a lifestyle brand in key global luxury markets such as China, South East Asia and the Middle East. I and my team are looking forward very much to working with the management of the company over the next few years to help it become an internationally recognised luxury brand.'

Cornelia James was founded when the art and design student from Vienna arrived in England as a refugee in 1939. After the war, in a world made drab by rationing, the leather gloves that Cornelia made in a huge range of colours became fashion essentials. In November 1947 the marriage of Princess Elizabeth to Lt. Philip Mountbatten provided a vivid splash of colour against a background of unremitting post war austerity. Norman Hartnell made the Princess’ wedding gown and ‘going-away’ outfit and he turned to Cornelia James to provide the gloves.

It marked the beginning of a long association with the Royal Household marked, in 1979, by the granting of a Royal Warrant.
Today, Cornelia's daughter Genevieve runs the company with her husband, Andrew Lawson. Genevieve says: 'I am delighted to join forces with The House of Britannia to help us to reach out to international markets and further develop the brand.'

Notes:
1. The House of Britannia Limited is an investment and management company created specifically to support, promote and develop British luxury heritage brands.

2. The acquisition of a majority stake in Cornelia James Limited for an undisclosed sum is the company's first British luxury goods deal.