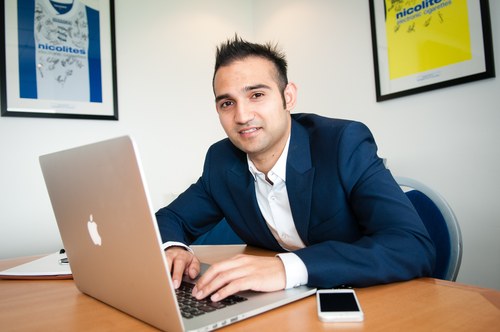 A Public Health England (PHE) report scotching concerns that non-smoking children who have tried e-cigarettes will go on to smoke tobacco has been welcomed by Nicolites.

Nicolites, the UK’s largest brand of electronic cigarettes, made the comments after the PHE-commissioned study, undertaken by the University of Stirling, found no evidence that under-age users of e-cigarettes will go on to smoke conventional cigarettes.

The report, E-cigarette uptake and marketing, drew on existing studies and articles to examine the concern about whether the marketing of e-cigarettes makes them appealing to under-18s.

Linda Bauld, chairwoman of the National Institute for Health and Care Excellence (NICE) guidance development group, and Professor of Health Policy at the University of Stirling, looked at a range of data from the UK, USA, Poland, South Korea, and France between 2010 and 2013.

Her report says although e-cigarettes are marketed as lifestyle products and come in different flavours: “We could not identify any evidence to suggest that non-smoking children who tried e-cigarettes were more likely to then try tobacco.”

Nicolites managing director Nikhil Nathwani welcomed the findings and backed Prof Bauld’s calls for longitudinal studies (those conducted over a long period of time that monitor risk) to ensure that young people who access e-cigarettes do not go on to smoke tobacco.

“We have unequivocally maintained that e-cigarettes should be aimed at the adult market and are for those smokers who are looking for an alternative to cigarettes,” he said.

“As such, we are very pleased to see a robust academic report finding no evidence that children who might get their hands on these products will go on to smoke tobacco,” said Nikhil. “While we accept that there are limitations on the studies used in the report commissioned by Public Health England, we accept the conclusion it comes to and would welcome further research into the matter.”

The study examined one UK study conducted in 2013 that questioned 2,178 11-18 year olds. When prevalence was examined by age, the study found that 95% of 11-15 year olds had never tried them, 4% had reported trying them once and 1% said they had used them sometimes.

The report also examined a study carried out in the USA in 2012, which questioned 24,658 young people aged 11-18 and asked them about concurrent use of e-cigarettes and conventional cigarettes. The PHE/University of Stirling report comes 12 months after NICE issued guidance endorsing cutting down on smoking with the help of licensed nicotine products to help reduce the harm caused by tobacco.

Electronic cigarettes were not included in the guidance as they are not a licensed nicotine product, although Nicolites has already backed the announcement by the Medicines and Healthcare Products Regulatory Agency (MHRA) to license the products as a medicine. The company also welcomes tighter regulations in their marketing.

Nikhil said although marketing of e-cigarettes and related products was essential in a rapidly growing sector – in 2013, the market was worth £193 million and it is estimated that it will grow to £340 million by 2015 – it was clear that tightening up regulations to ensure the products are obviously aimed at adults was needed.

Nicolites are stocked at all the UK’s major supermarket chains including Tesco, Sainsbury’s, Asda and Morrison’s. Superdrug, Co-op, WH Smith, Martin McColl and over 10,000 independent pharmacies and convenience stores also stock a combination of Nicolites and Vivid Vapour products. As well as the Today’s Group, Nicolites are stocked at most major Cash and Carry operators including Booker Group, Batley’s, Bestway, United Wholesale and Parfett’s.

E-cigarettes are designed to look and feel like real cigarettes, but are battery-powered products containing a nicotine solution which is inhaled as a vapour. They contain no tobacco, no tar, and do not burn like traditional cigarettes. For more information please visit www.nicolites.co.uk or http://www.vividvapours.co.uk.

The Nicolites electronic cigarette range - first launched in 2007 – now includes Vivid Vapours e-liquids and Craze e-shisha brands. Nicolites feature an innovative design that offers smokers a true alternative. An e-cigarette contains no tobacco whatsoever. Although the tip glows a realistic red colour, they do not require fire or flame. Because they are not lit tobacco products, e-cigarettes are not subject to the smoking ban. This means you’re free to use your electronic cigarette wherever you wish, safe in the knowledge that it is perfectly legal. Many users have found that using an e-cigarette is much more socially acceptable. There’s no unpleasant smoke odour and no smoky residue to accumulate on walls and furnishings, or in your hair or on your skin. For more information visit www.nicolites.co.uk, www.vividvapours.co.uk and www.crazeeshisha.com.