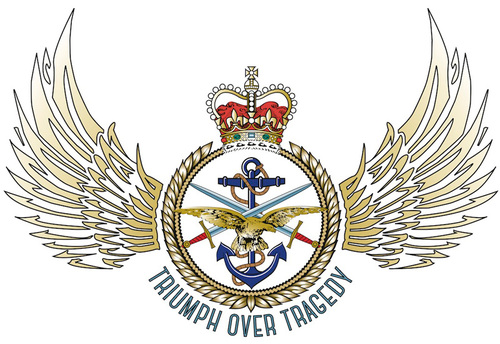 Starting on August 1 2014 from outside Buckingham Palace, Pete Bray and Harry Glover, two ex-servicemen from 22 SAS and 4/73 Special OP Battery, will embark on a 24,140km (15,000 mile) motorbike journey across Europe to 26 capital cities to raise money for three charities close to their hearts.

The Birkenhead businessmen will ride their motorbikes to every single EU capital city on the continent on a voyage that has never been done before. Code-named ‘Triumph over Tragedy’, they will raise both funds and awareness for BLESMA, Soldiers off the Streets and the Alder Hey Children’s Charity.

Harry Glover said “The work the charities carry out is important to us as we were the lucky ones who survived unscathed. These charities make a huge difference to the lives of servicemen and women who gave so much. Alder Hey is also very close to our hearts and having personal experience of the work they do, I have nothing but admiration for the medical team.”

Pete Bray created a world record in 2001 for successfully kayaking solo from Newfoundland to Ireland. He said “BLESMA and Soldiers of the Streets are working tirelessly to support those who are often forgotten by the system. These charities are life-changing for ex-servicemen and women who have not been as fortunate as ourselves”.

With just a few weeks to go the dynamic duo is looking for sponsors to help provide the food, fuel and equipment for the 15,000 mile journey that will cost £50,000 to undertake.

This is a rare opportunity for sponsors to be seen all over Europe in supporting a truly original record-breaking event but more importantly it is a chance to give something back to the men and women who have given so much to their country.

Events are planned in every city with the help of each country’s veteran organisations and many bikers will be joining Harry Glover and Pete Bray along the way to help raise the profile of the expedition even further and garner international support for the causes.

Thousands of ex-service personnel find their lives shattered by their experiences of war and are left with little hope of ever returning to the society they fought to protect.

Many soldiers give more than just their time and their courage whilst serving their country. BLESMA has been campaigning since 1932 to improve the lives of men and women who have lost limbs in foreign fields, helping with everything from advancing the standards of artificial limbs to opening residential homes and securing the pensions our servicemen deserve.

Soldiers off the Street (SOTS) works tirelessly to provide clothing, food, rehabilitation and advice on a range of issues from alcoholism to housing and employment in order to help these soldiers (including RAF and RN personnel) find their feet and become part of their communities again.

These charities rely on donations from the public to carry on their amazing work in helping our most vulnerable veterans.

Harry and Pete are directors of Birkenhead-based firm Primarius Ltd, which provides security services and training to businesses and personnel around the world.

For more information please contact Harry Glover or Pete Bray at Triumph over Tragedy on 0782 433 2744 or email info@triumphovertragedy.co.uk. Please follow on Twitter at https://twitter.com/TriumphTragedy. Alternatively contact the press office – Tina Fotherby on 07703 409 622 or email tina@famouspublicity.com, and Chris Barnes on 07834 643977 or email chris@famouspublicity.com.

Press release issued by Famous Publicity on behalf of Pete Bray and Harry Glover, who are both directors of their security and training company, Primarius Ltd.