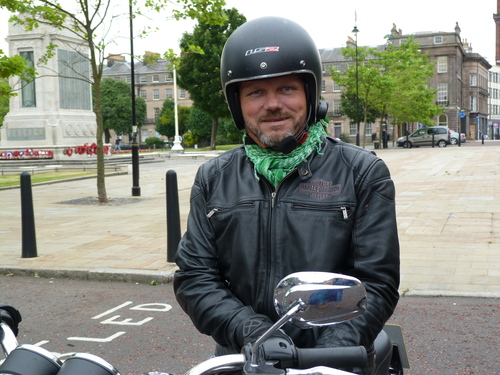 The charity is very close to our hearts and having personal experience of the work they do, I have nothing but admiration for the medical team

Two intrepid motorcyclists will set off on Friday 1 August 2014 on a 15,000-mile (24,140km) motorcycle trek across Europe to raise awareness and funds for the Alder Hey Children’s Charity.

Code-named ‘Triumph over Tragedy’, Harry Glover and Pete Bray will be setting off on a 28-day adventure that will see them pass through all 26 European Union capital cities.

Starting from outside Buckingham Palace, they will travel as far North as Helsinki, as far East as Bucharest and as far South as Athens and Madrid.

Speaking ahead of the event, Harry Glover said, “The work done by Alder Hey has truly been an inspiration, and that is why we are doing this trip.

“The charity is very close to our hearts and having personal experience of the work they do, I have nothing but admiration for the medical team.”

They are currently trying to raise £30 million for new equipment for the 270,000 patients they treat every year.

The charity is particularly close to Harry’s heart, as his young daughter Elizabeth is preparing to have cranial surgery starting in September under the expert guidance of Alder Hey.

The two riders will be covering an average of 600 miles (965km) a day, and are currently looking for sponsorship to cover the running costs of the expedition.

Events planned upon their arrival in each city will ensure that the Alder Hey name is seen throughout Europe, and that thousands of people will be made aware of the life-saving work that they carry out on a daily basis.

Pete Bray is no stranger to adventure, having completed a 2,980-mile (4,800km) kayaking trek across the Atlantic from Newfoundland to Ireland in 2001, and the fastest circumnavigation of South Georgia in 2006. Add that to Harry Glover’s 30 years of motorcycling experience and the two are prepared for anything.

Harry and Pete are directors of Birkenhead-based firm Primarius Ltd, which provides security services and training to businesses and personnel around the world.

For updates on the work done by Alder Hey, you can follow them on Twitter at https://twitter.com/AlderHeyCharity.