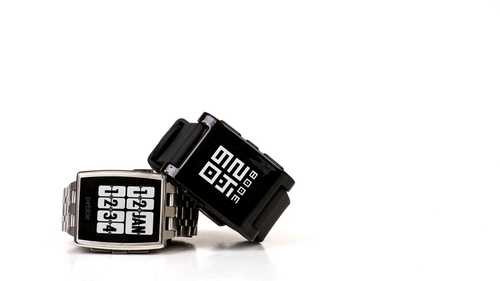 Pebble had a fantastic reception from our retail customers, it will also fit into the range of wearable technology products which we distribute.

Consumer electronics distributor Widget UK Ltd today announced that it has signed distribution contracts to supply the Pebble smartwatch family to retailers and resellers in the UK and Benelux, through its associate company Now Mobile BV.

Both the Pebble, which was launched on Kickstarter as the most successful crowdfunding campaign to date and Pebble Steel, the premium smartwatch for iOS and Android, are now being shipped to retailers by specialist distributors Widget UK Ltd, based in Stevenage UK and Now Mobile BV, based in Eindhoven NL.

David Elder Managing Director of Widget, said “Not only has Pebble had a fantastic reception from our retail customers, it will also fit into the range of wearable technology products which we distribute. According to Wired magazine, Pebble ‘follows the grand tradition of small, Silicon Valley startups.’ Part of that grand tradition is bringing the product to Europe and we are delighted to be in there at the start.”

"Pebble's been growing tremendously this past year, and we're delighted to be expanding our retail partnerships into the UK and Benelux with Widget” said Kristen Regelein, Head of Global Sales at Pebble. “Our mission's always been to make technology more accessible, and today's announcement takes Pebble one step closer to fulfilling this vision."

The coverage of both Pebble and Pebble Steel has piqued interest in Europe, leading to healthy preorders through a number of launch partners, including Amazon.co.uk, Dixons Carphone, O2 and Firebox in the UK and Coolblue, MediaMarkt and Wehkamp in the Netherlands.

For further information about trade sales

Widget UK Ltd distributes a tightly focussed range of products from manufacturers such as TomTom, Fitbit, Orbitsound, and Sphero. Widget UK Ltd sells only to trade, and not directly to the public. Its customers are UK and Scandinavian retailers and resellers, including Dixons Carphone (including Currys, PC World, Elkjop and Fona), John Lewis Partnership, Tesco, Maplin, Amazon.co.uk, Dabs.com, QVC, Ideal Shopping Direct, Computacenter and SCC. Through Now Mobile BV, Widget distributes to retailers in Netherlands and Belgium.