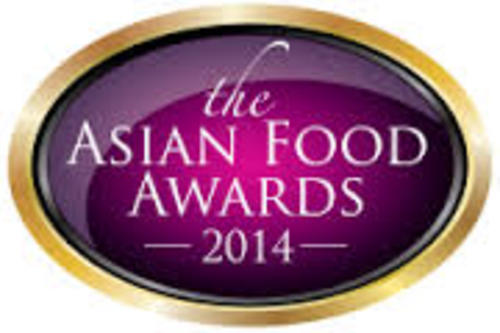 Guests of the Welsh Asian Food Awards were treated to some spectacular entertainment in a glittering awards ceremony on Monday evening. Hosted by TV presenter, Sian Lloyd, and sports personality, Jamie Baulch in order to celebrate the very best of Welsh-Asian cuisine; this was the first regional event in Wales since the Asian Food Awards began in 2010.

President of the Asian Food Awards, Yawar Khan told guests that he was “delighted” to have rolled out the awards regionally, into Scotland and now Wales. He thanked Welsh businesses for their hospitality and said that it “had been a joy to spend time in Wales” before expressing his gratitude to the Wales Bangladesh Chamber of Commerce (WBCC) for their help in organising the event.

Dilabor Hussain, Chair of WBCC was thrilled that the event went so smoothly after two years of planning and negotiations to bring the Asian Food Awards to Cardiff to recognise local businesses in their homeland.

Over five hundred guests attended the celebrated occasion in Cardiff on Monday evening, including celebrities, politicians, dignitaries, leading welsh business owners and Wales’ top restaurateurs. The celebration included opulent four course meal in the luxurious surroundings of the Mercure Cardiff Holland House, in the heart of the Welsh capital.

The regional food awards identified the very best Asian Food restaurants and takeaways in Wales. At the event, 16 awards were presented including Best Restaurant, Takeaway of the Year, newcomers to the industry and the honoured Lifetime Achievement Award. The winners will be entered into the UK Grand Final later this year to be held in London.

Shaz’s of Pontypridd won ‘Takeaway of the Year’ in the South East of Wales, and Modern Balti in Barry received the same award in the South West. Dine Bangla in Cardiff was named ‘Newcomer of the Year’.

Sea Garden, in Swansea was given praise in the form of ‘Highly Commended Chinese Restaurant of the Year’; while four Cardiff restaurants received highly commended awards: Moksh, Mowgli’s, Bayleaf and Juboraj of Rhiwbina.

Now in its fourth year, the Asian Curry Awards ceremony itself seeks to focus not only on the achievements of today, but on a lifetime of work in the Asian Catering industry The winner of the Welsh ‘Lifetime Achievement Award’ was Mr. Alhaz Abdul Mazid, the proprietor of Janata Palace, Cardiff, who has served curry to the local community for over 40 years.

The Asian Curry Awards were set up in order to publicly recognise and celebrate the huge successes made by UK business owners in the Asian Food industry. The key aim of each event is to honour the dedication and commitment of people who have helped ignite the public’s passion for curry throughout the UK and Europe, ensuring that the sector continues to be the vibrant and growing industry that it is today.